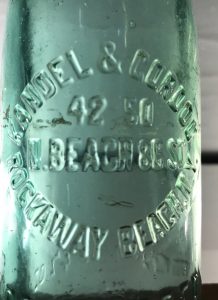 The following article appeared in the April 8, 1920 edition of the Wave. It appears introductory in nature and implies that this would be their first summer season.

Kandel &Gordon, the successors of George Bennett in the old established bottling and mineral water works propose keeping fully abreast of the times in using appliances and methods which are the latest to be devised in this now important industry, and they are getting into readiness to handle a tremendous business during the coming season. Every indication is that they will be severely taxed despite their extensive facilities, but they propose to make superior goods and dependable service their first and consistant policy no matter what conditions confront them. Their business experience and code of policies assure customers of Kandel & Gordon the best that is obtainable in that line.

Short-lived, the business only operated under the Kandel & Gordon name for three, maybe four years. They were listed in the Brooklyn and Queens section of the February, 1920 NY Telephone Directory and in the 1922 Copartnership and Corporation Directory for Brooklyn and Queens. By October, 1924 the Brooklyn Queens directory listed the firm as Gordon & Hoffman. I don’t have access to any 1923 directory information.

Advertisements in the Wave during the early twenties mentioned ginger ale, lemon and cream sodas. 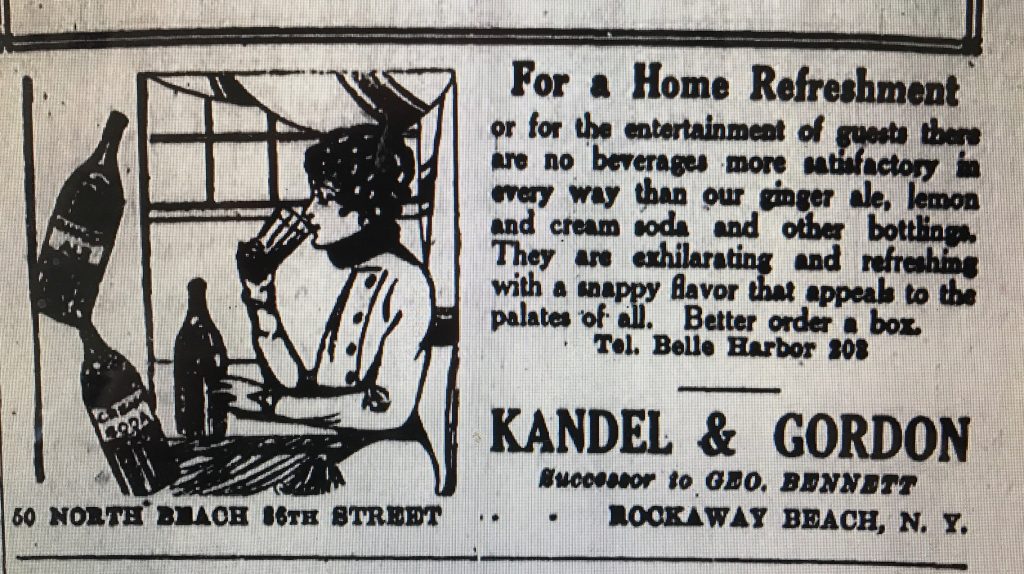 The system of addresses has apparently changed because there’s no N on any Beach 86th St addresses. I assume the N meant north of Rockaway Beach Blvd. Most of this area today is residential. The most likely location of this business is at the very north end between Beach Channel Drive and Jamaica Bay.

I found one 8oz bottle. It’s machine made and that’s consistent with early 20’s manufacture.