Census records indicate that Frederick W. Muller was born in Germany in 1874 and immigrated to the United States as a young boy around 1880. He listed his occupation as druggist in both the 1900 and 1910 census records.

According to a December 21, 1916 internet post by the Valley Stream Historical Society:

In December 1895, Mueller (later changed to Muller) assumed the management of a store owned by George A. Koch, a Valley Stream druggist. In 1897, Mueller bought Koch’s business, and in May 1900, he built his first store on West Merrick Road.

The Historical Society’s post identified the location of his first store as 32 West Merrick Road (between Rockaway and South Carona Avenues).

Frederick W.  Muller was listed in the ERA Druggist Directory of the US, Canada, Cuba, Puerto Rico, Manila and the Hawaiian Islands in years 1905 through 1921. He’s not listed in the 1922 Directory.  The 1905 ERA Directory indicated that he provided services in the following categories: drugs and medicine, drug sundries, tobacco or cigars, books or stationary and that the business had a soda fountain.

In Bill Florio’s Images of America, Valley Stream, there’s a photograph of Muller’s store in 1912 with the following caption:

At some point Muller moved his drug store to the northwest corner of Rockaway Avenue and West Jamaica Avenue. Doc Muller used the top floor of the building as a movie house, Valley Stream’s first movie theatre.

A December 10, 1921 item published in the “Drug Trade Weekly” under “Business Record News” stated that at that time:

Muller’s Drug Store has been purchased by Max Silver.

After selling the drug store, Muller focused his attention on banking and real estate. His wife Ida’s obituary named him as the founder and president of the Valley Stream National Bank and Trust Company. This notice, confirming his status with the bank, appeared in the January 9, 1924 issue of the Brooklyn Daily Eagle. 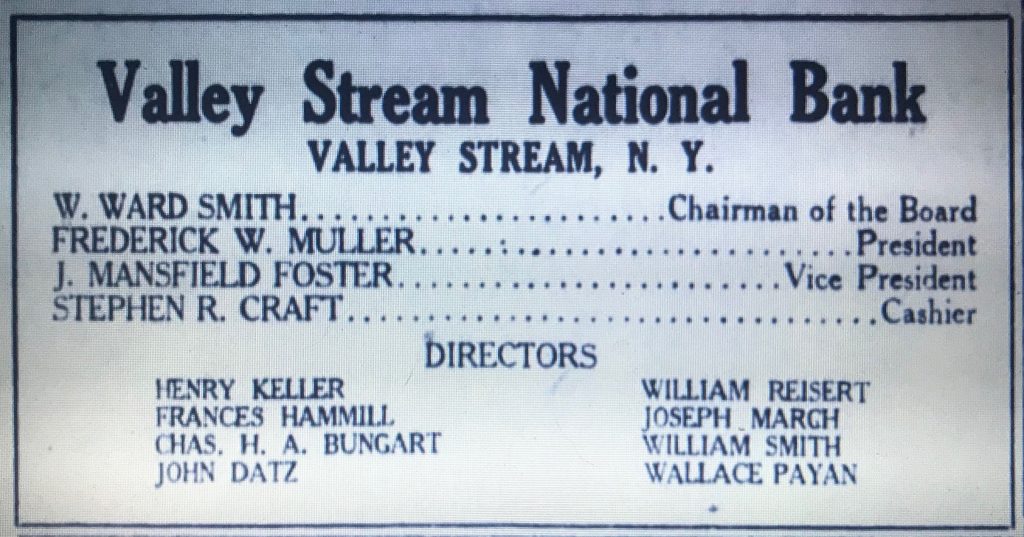 Several publications issued around July, 1898, including the “Brooklyn Eagle” and the “Pharmaceutical Era” ran versions of the following story:

Frederick Muller, a druggist and prominent citizen of Valley Stream L I while going home from his store late one night a short time ago, was sandbagged by an unknown footpad. After falling, the druggist still had sufficient presence of mind to pull a pistol from his pocket and fire three shots at the man who attacked him, who thereupon ran away.

The building on the northwest corner of Rockaway Avenue and West Jamaica Avenue still exists today. It’s address is 196 Rockaway Avenue and it houses a liquor store at ground level where the drug store once was. The upstairs movie theatre appears to be an apartment now. 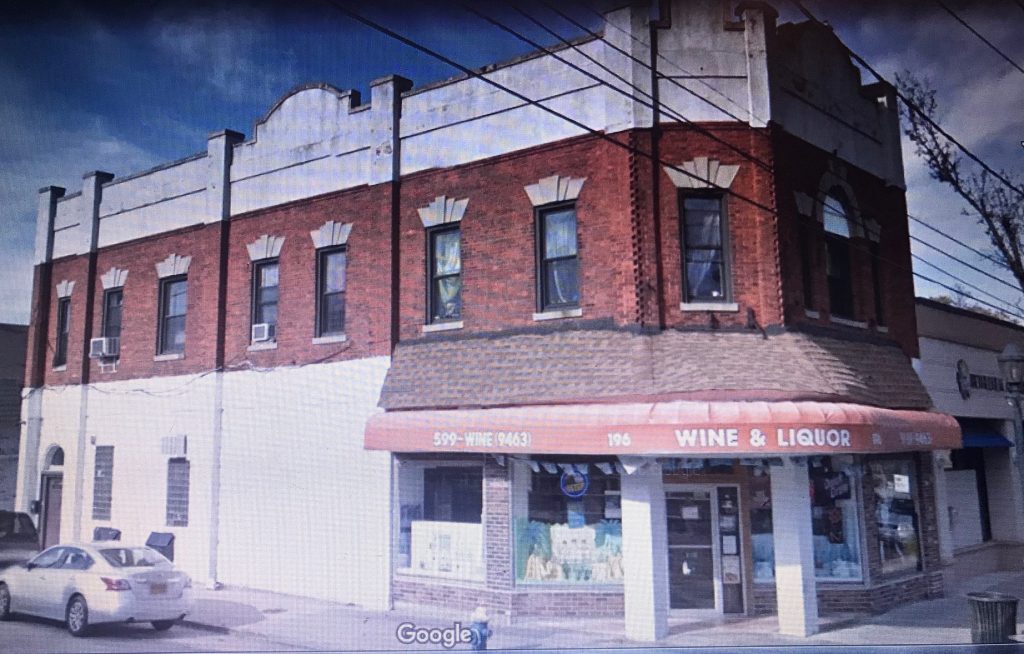 The bottle I found is a small (approximately 5 oz) medicine with a tooled finish and the Merrick Road location embossed on it. Embossing on the base indicates it was made by Whitehall Tatum Company (W.T. Co). The fact that there’s no ampersand (between the T and Co) indicates it was made after the business incorporated in 1901. This dates the bottle between 1901 and no later than 1912 when we know Muller’s at the Rockaway Avenue location.