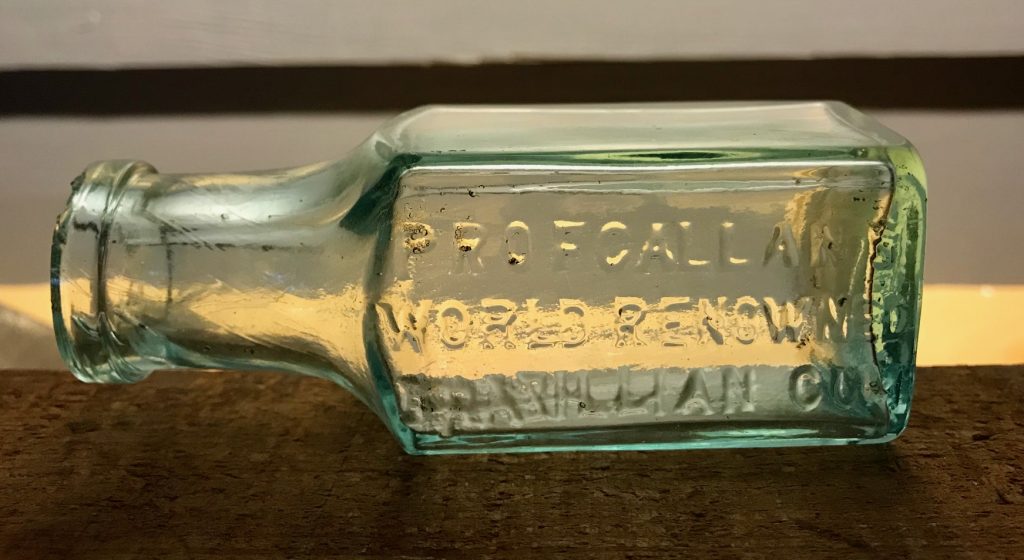 Prof Callan’s Brazilian Gum was, as far as I can tell, a rubber cement sold around the turn of the century. Advertising stamped on the cover of one of their wooden shipping crates touted it for:

Their trade mark, also stamped on the crate, consisted of what appears to be a bespectacled old man carrying a boot and top hat. 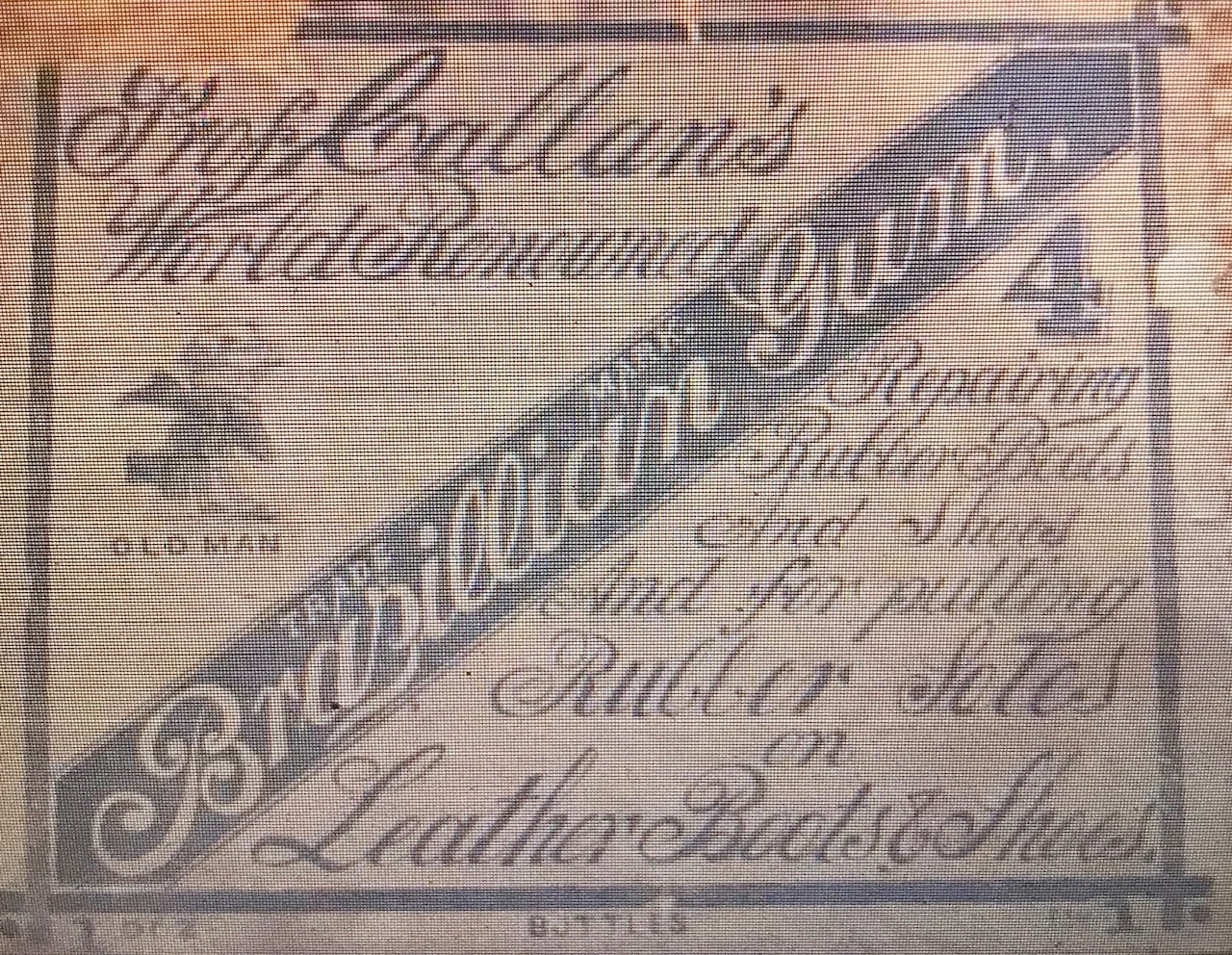 A labeled bottle, recently offered for sale on the internet, also included the  bespectacled old man. 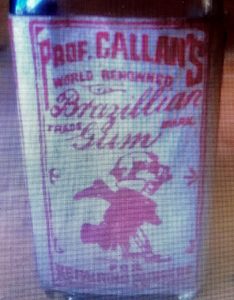 The back label of the bottle included these directions for use:

Have the boot or shoe thoroughly clean; scrape with a knife or file to make it rough around the part where the patch is to be put and apply the gum; put the gum on the patch also; let them each dry separately from 10 to 20 minutes after which put the patch on the hole, press firmly together and then hammer lightly. Two coats may be necessary. This will make old boots and shoes as good as new.

I haven’t been able to identify a company associated with the product or a an exact time frame, but I’ve seen it mentioned in publications as early as 1892 and as late as 1908, so that is certainly a safe time frame.

In the 1878 New York City Directory, there was a Thomas A. Callan listed at 180 South Street with the occupation “gum,” and he was listed with the occupation “rubber” dating back to 1875. As a result, it’s possible that Prof Callan’s Brazilian Gum dates back to that time and place but I haven’t been able to make a definite connection.

The bottle I found is mouth blown with a roughly one inch square cross section and an elongated neck. It fits with a turn of the century manufacture date.