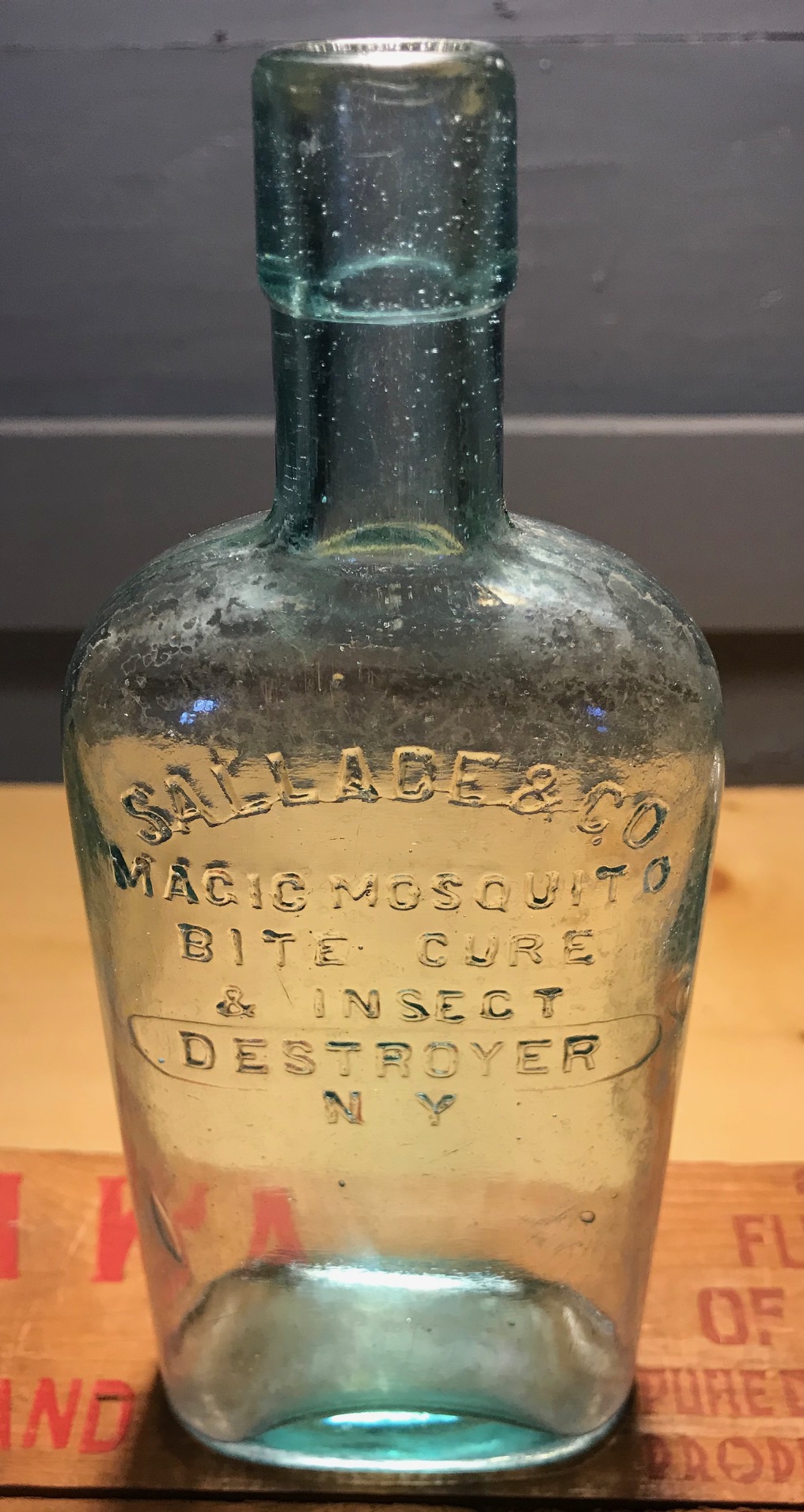 Sallade & Co. was established by Mary F. Sallade, a widow who arrived in New York City via Philadelphia in the late 1870’s. She was last listed in the 1878 Philadelphia Directory as a widow with the occupation “plaitings,” someone who makes  dressmakers trimmings. In fact she held several patents in the late 1800’s related to plaiting machines.

Sometime after her arrival in New York City, while continuing her work as a plaiter, she developed and began to manufacture an insecticide. She patented the label for the “Magic Mosquito Bite Cure” on January 26, 1886 but the product was certainly in use prior to that date. Later, on October 1, 1889, she lengthened the name and patented an updated label for the “Magic Mosquito Bite Cure and Insect Exterminator.”

Sallade was first listed in New York City (Manhattan) in 1878 as a plaiter at 69 Fourth Avenue. A year later, in 1879, she was also listed at a second location, this one at 249 Fulton Street in Brooklyn. She continued to list the 249 Fulton Street address in Brooklyn through 1886 and it appears that the “Magic Mosquito Bite Cure” had its origins at this location sometime in the early to mid-1880’s. Though she still listed her occupation as a plaiter in the directories, an advertisement for the “Magic Mosquito Bite Cure” in the June 27, 1885 edition of the Brooklyn Daily Eagle stated that it was sold in three different sized bottles and added:

The mother of a small daughter, Sallade’s  early marketing strategy played heavily on that theme of motherhood. 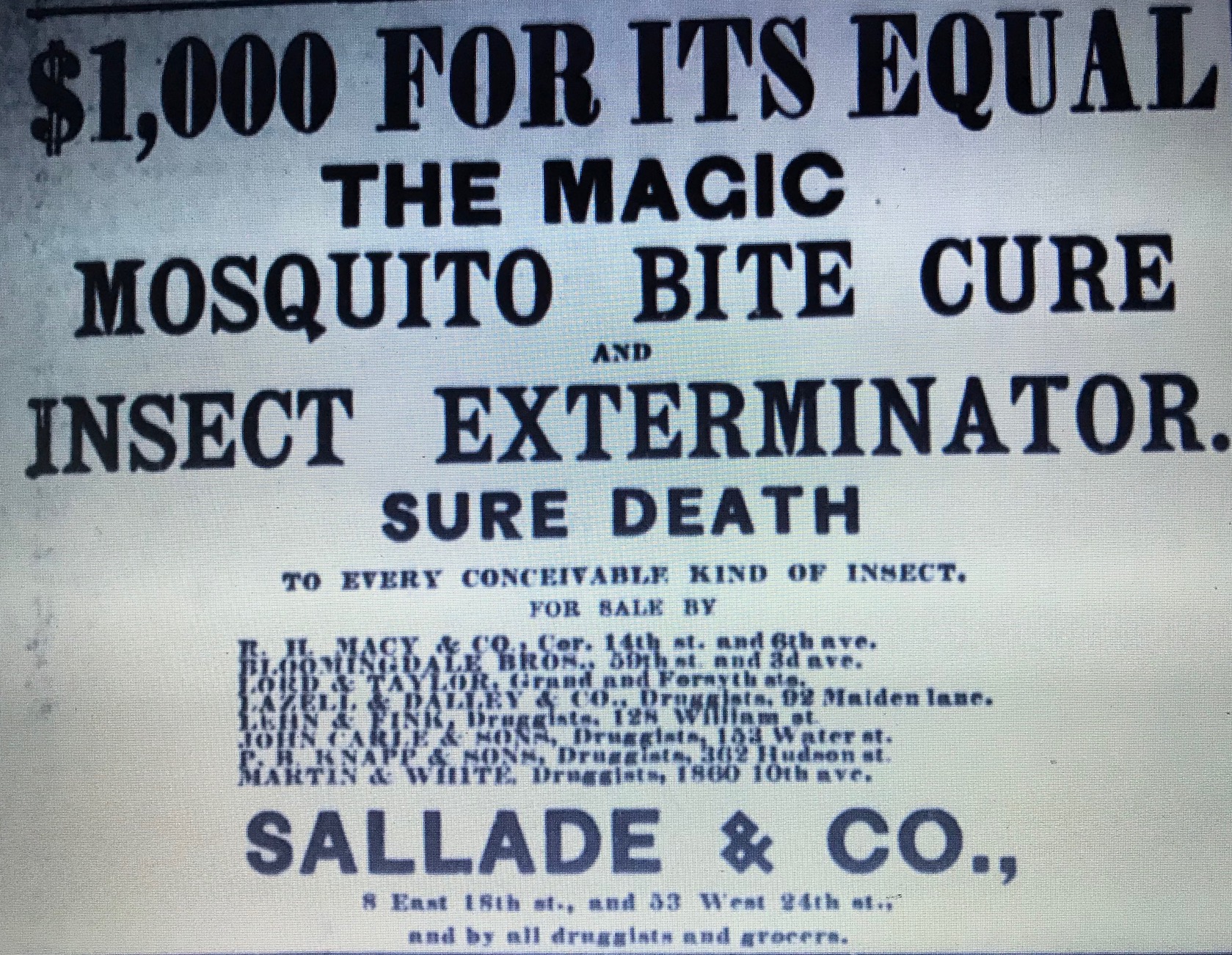 In the mid 1880’s Sallade was also attempting to grow the business outside the New York area as well. In the fall of  1885, she placed newspaper advertisements in at least 6 states:North Carolina, Alabama, Pennsylvania, Indiana West Virginia and Kansas, as well as Washington D.C. looking for agents to sell her product. This advertisement from the Hagerstown (Indiana) Exponent was very typical.

In the mid-1890’s Sallade transferred ownership of the business to Thomas T. Pountney. Between 1896 and 1922 most NYC Copartnership and Corporation Directories listed the business as “Sallade & Co., T.T. Pountney, only.” Mary Sallade continued to be listed in New York City through 1910 as a plaiter but was no longer associated with Sallade & Co.

The business remained on West 24th Street until 1902 when it moved to 122 Cedar Street. It remained there until the early 1920’s when it moved again, this time to 121 Leroy Street. Pountney continued to stress the theme of motherhood as evidenced by this advertisement printed in the September 1, 1904 edition of the NY Tribune: 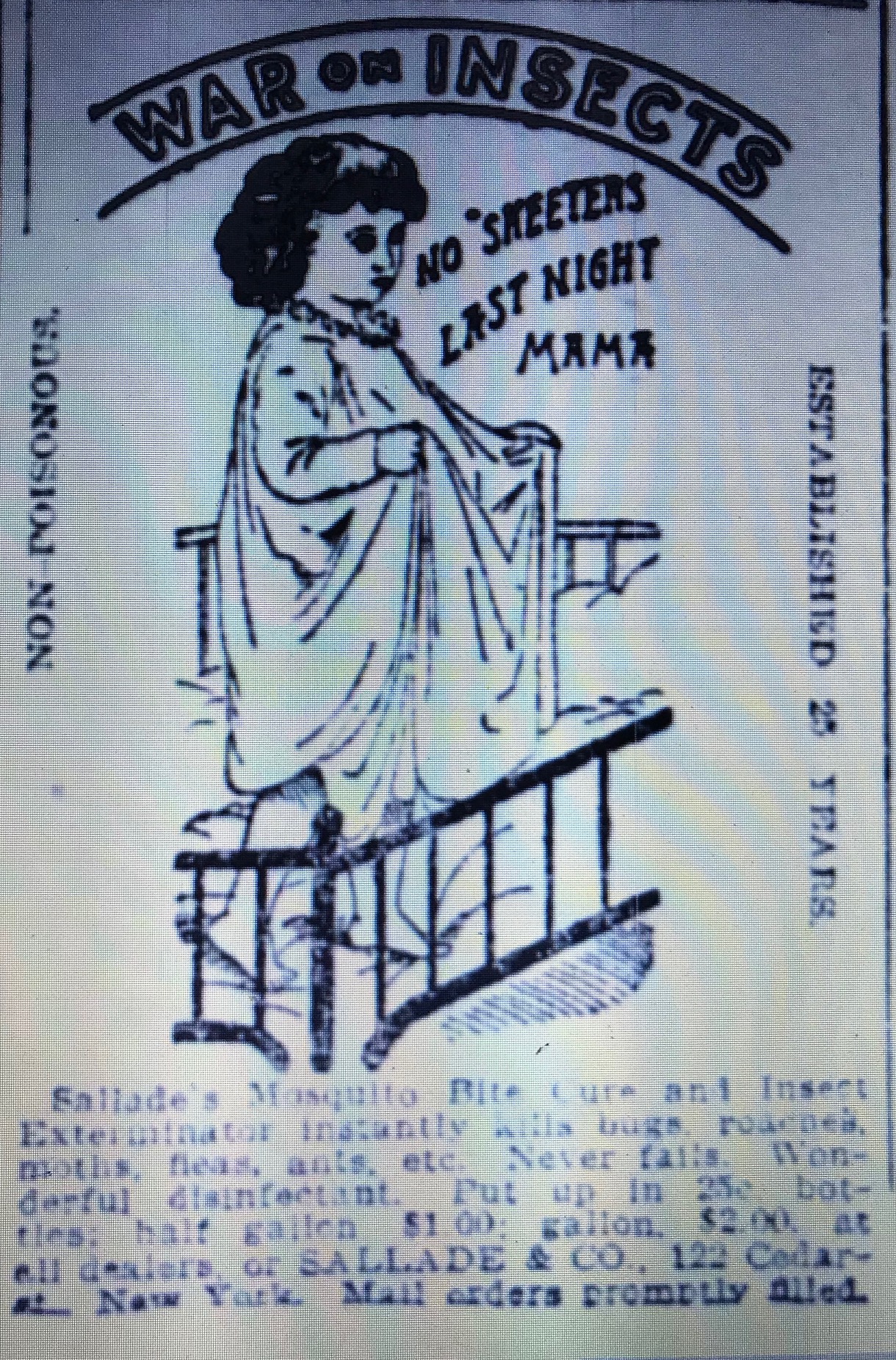 Sometime between 1915 and 1917 the name of the insecticide changed from “Insect Exterminator” to “Insect Destroyer” in advertisements and listings of proprietary medicines.”

The bottle I found is a mouth blown flask that exhibits the term “Insect Destroyer” as opposed to “Insect Exterminator.” This suggests that it dates no earlier than 1915 to 1917 when the name changed. It matches a labeled bottle recently exhibited on e-bay that exhibited the Cedar Street address. 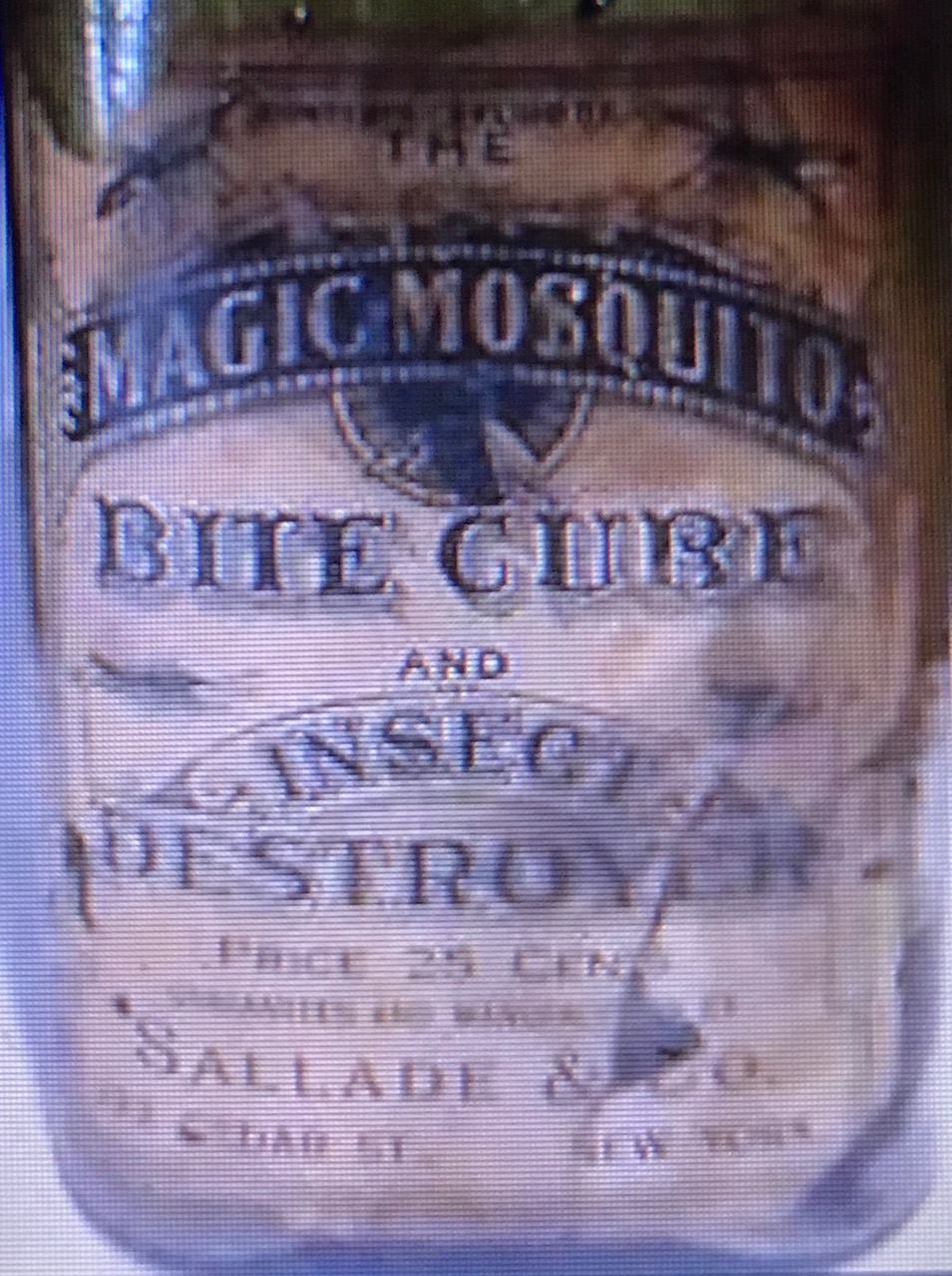