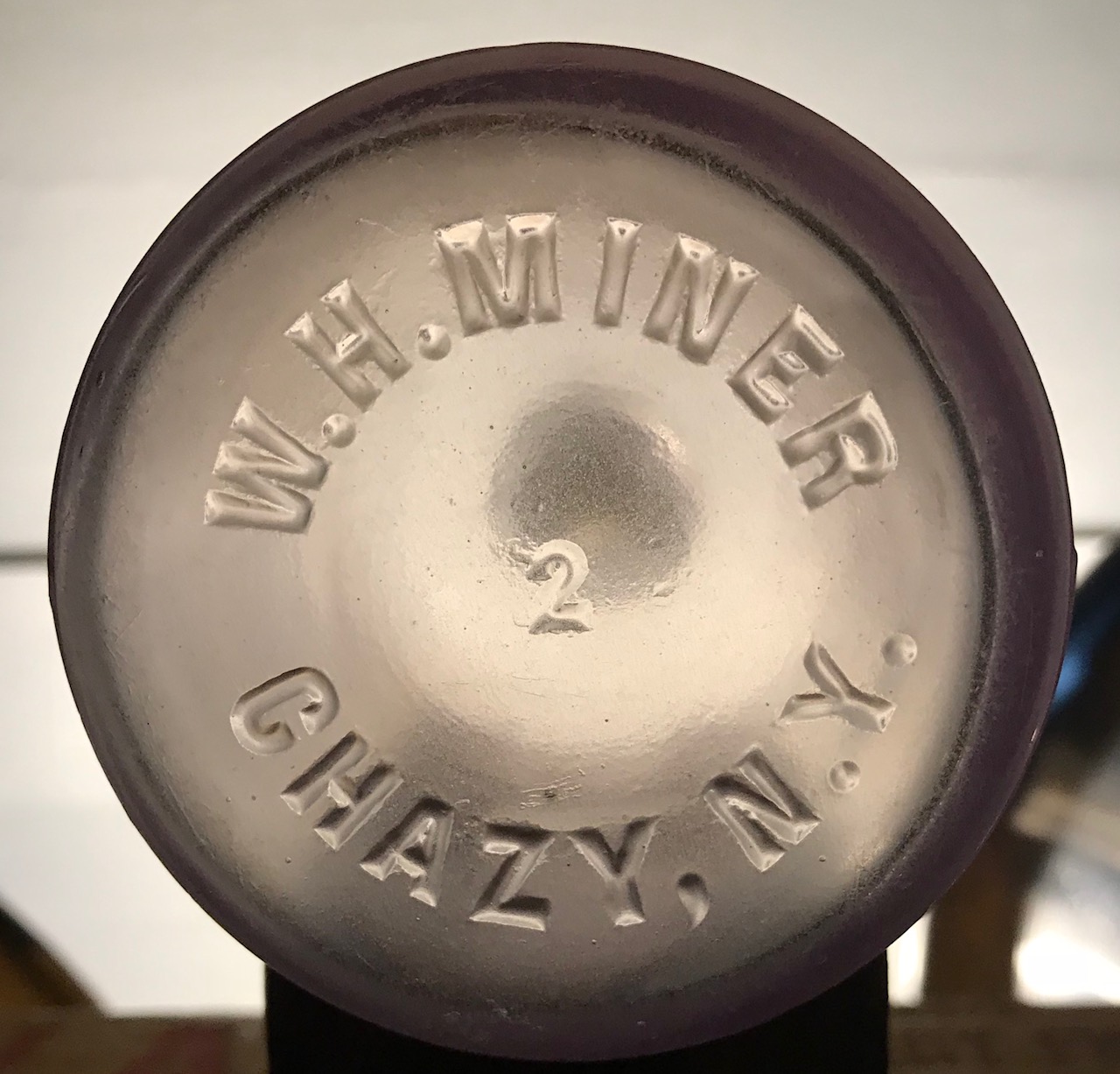 The W stands for William H. Miner. An inventor, businessman and philanthropist, in 1903 he established the “Heart’s Delight Farm” in Chazy New York, a small hamlet about 50 miles south of Montreal, Canada, where he spent much of his childhood. His obituary, printed in the April 5, 1930 edition of the Burlington (Vermont) Free Press, described the start of the farm.

Mr. Miner was reputed to have amassed a fortune of $90,000,000 through the invention and manufacture of freight car couplings and other freight car equipment. He left Chazy 45 years ago to seek his fortune with $22 in his pocket.

He lived in Chicago until 28 years ago when, with Mrs. Miner he moved (back) to Chazy and established a residence there on a 40-acre farm. The following year he purchased 400 acres adjoining, and continued to add to his estate year by year until the entire property, known as “Heart’s Delight Farm” now consists of about 10,000 acres. On this farm is one of the show places of the “north country,” a large game reserve filled with herds of buffalo, elk and deer.

A September 22, 1912 story about Miner appeared in the Louisville, Kentucky’s Courier Journal. It contained a sketch that I presume represented the farm buildings around that time.

Excerpts from that story provide a description of the farm in 1912.

On his estate he employs 400 men. Three beautiful streams flow through the farm. There are hundreds of charming cottages and artistic farm structures. He has built miles of macadamized road through the property, and made the 11,000 acres, not only a paradise for man but a paradise for animals. There are herds of buffalo and herds of elk. Deer wander over the land, gentle and free. He has homes for the birds, wild and tame. There are flocks of golden pheasants and multitudes of partridges…

Black bass and trout abound in his lakes and brooks. He has five lakes on his estate. The largest, Lake Alice, is named in honor of his wife.

To get water power for generating electricity he has built a dam 5,700 feet long – the largest private dam in the world. Every mechanical appliance that can be employed on the farm to advantage he uses. He lights his roads and he lights all the buildings on his great estate by electricity. Not only that, but he furnishes light and power to the people of the little village of Chazy free…

The story also touches on Miner’s human side, describing how his employees were treated.

To those of his employees who are married he furnishes cottages rent free. His unmarried male employees live in clubs of fifteen. Each one of these clubs has a library, a reading room, a billiard table and a music room. He is a great believer in the virtue of water. There are lots of bathtubs in every dwelling house on his estate, and every house has plumbing that is high grade and sanitary. Every house, from his own down to that of the farm hand, has hot water, cold water and spring water taps.

had it’s own dairy, box factory, ice house, natatorium, greenhouses and grist mill. There was a 20 – bedroom guest house and an entertainment center called Harmony Hall, which included an auditorium complete with a stage that could accommodate 300 persons.

After his death in 1930, Miner’s will provided for the establishment of the Miner Institute, a school and farm devoted to teaching scientific and environmentally sound agricultural practices to the farmers and youth of northern New York. Today, the Miners Institute offers educational programs in dairy and equine management and environmental science.  It also operates revenue producing dairy and equine farms.

The bottle I found is mouth blown with external threads and the cap is still mostly intact. It most likely dates to the first decade or two of the farm. I just can’t figure out what it might have contained.