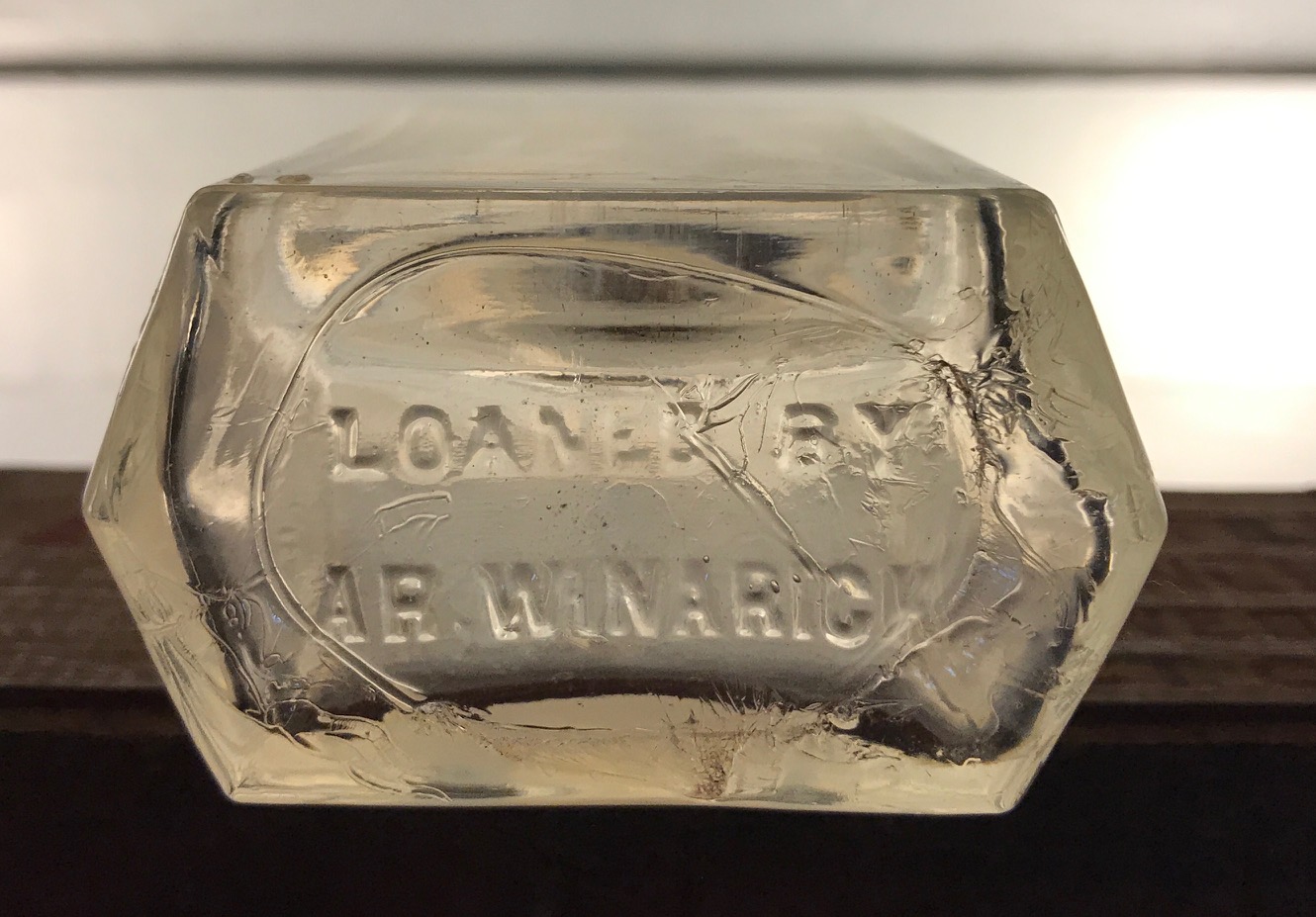 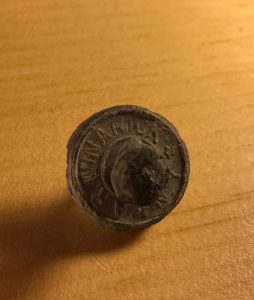 The AR stands for Arthur Winarick, the first of three generations of Winaricks associated with the cosmetics industry. A feature on his grandson, Tom Winarick, in the July 16, 2016 issue of Beauty Store Business Magazine tells Arthur’s story.

Arthur Winarick was a Russian immigrant who settled on the Lower East Side of Manhattan and became a barber who would go on to create one of the most iconic beauty products in America – Jeris Hair Tonic. Known for its neon green-formula, Jeris was formulated in the bathtub of Arthur Winarick’s apartment. He began selling it to local barbers within the Russian and Jewish communities, and eventually produced hair tonic and shaving lotions when he founded A R Winarick, Inc. Jeris is still produced today under Clubman. After World War II, (Arthur’s son) Jules Winarick became heavily involved in A R Winarick, Inc. and began expanding and acquiring several beauty brands.

Census records and NYC directories both support and add to the above story. According to 1930 census records, Arthur Winarick was born in Poland to Russian parents in 1890 and immigrated to the United States in 1911. The first listing I can find for him was in the 1917 NYC Directory as a perfumer located at 1 Willett Street. Then in the early to mid-1920’s he was listed at 19 Cannon Street with the occupation “barber supplies.” Both Willet Street and Cannon Street were located south of Delancey Street on the Lower East Side of Manhattan.

It looks like he established AR Winarick, Inc., sometime around 1930. The 1933 NYC Directory listed them as a New York Corporation with capital of $1,000,000. Arthur Winarick was named both president and treasurer, Joseph A. Gallagher, vice president and Nathan Winarick secretary. Nathan was most likely Arthur’s brother. Four years younger, he was also born to Russian parents and immigrated to the United States in 1914. The corporate address was listed as 797 E 140th Street in the Port Morris section of the Bronx.

After World War II it appears that Arthur’s son Jules was named president and Arthur became chairman of the board. According to Arthur Winarick’s obituary, printed in the November 22, 1964 issue of the New York Times, he was still chairman at the time of his death. By then the New York office had moved to Park Avenue South and the company had opened another office in Los Angeles. They also had plants in Brunswick and Newark, New Jersey and Long Island City, Queens. Sometime in the mid 1970’s, the New York office relocated to New Jersey.

I didn’t find many Jeris advertisements from the 1920’s and those that I did find were store related items like signs and mirrors. Interestingly, of the few early advertisements I’ve seen, several, including the one below, were focused on women. 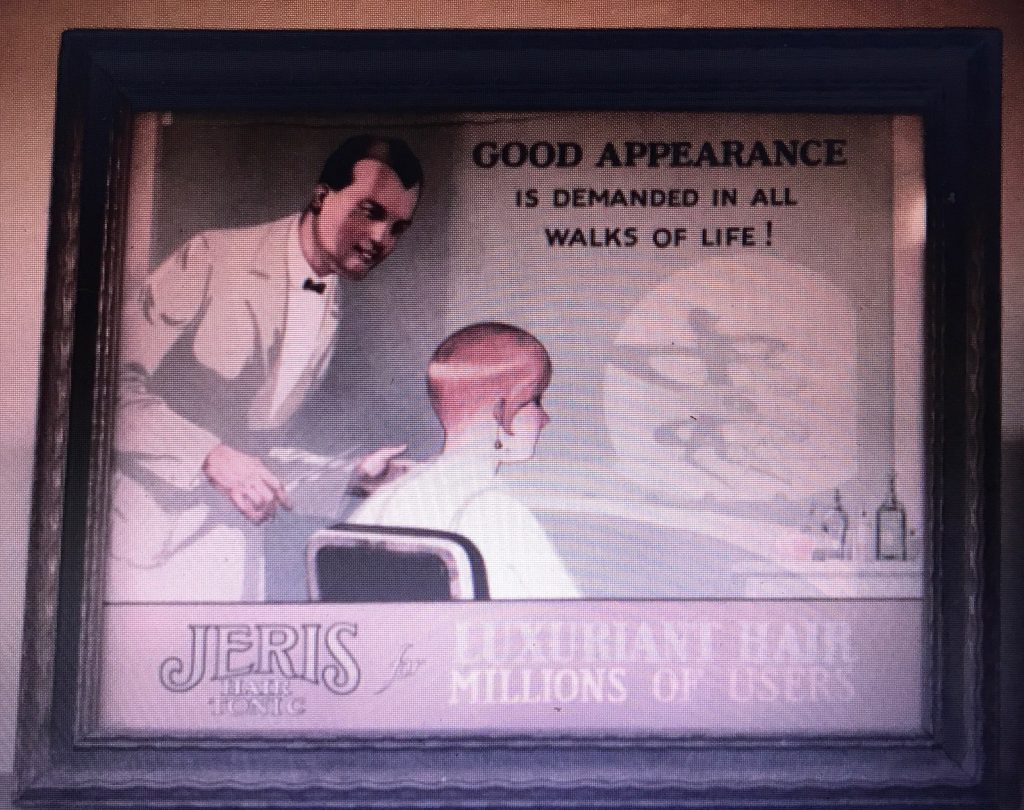 At some point it looks like Jeris became exclusively a men’s product. An early 1950’s advertisement spells out the merits of the green colored hair tonic and leaves no doubt that their target audience was now male.

Another advertisement I found appealed directly to the G.I. returning from World War II. 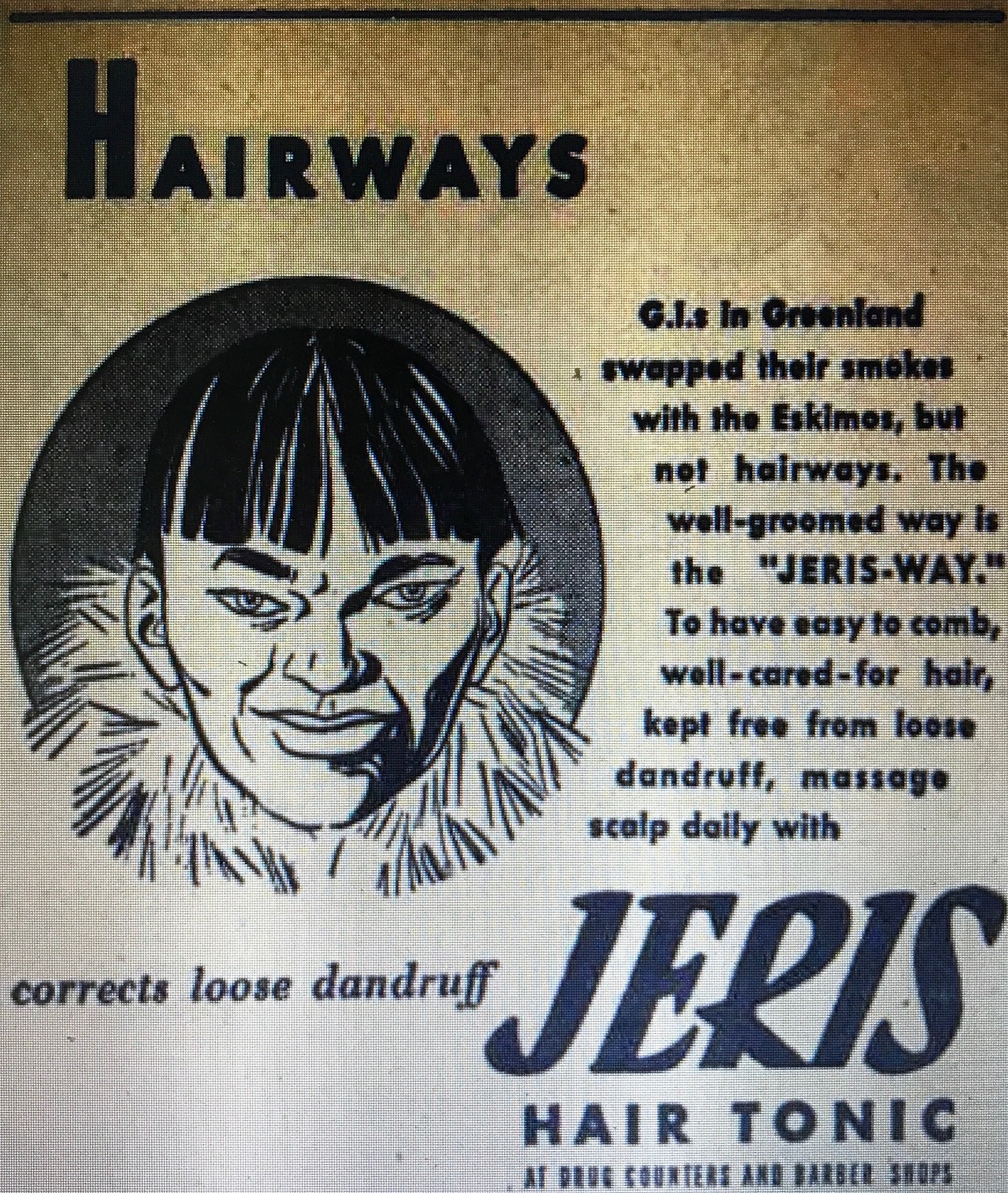 During the late 1940’s and early 1950’s, Jeris was seriously committed to magazine advertising. One of their advertising approaches had a number of Hollywood stars endorsing Jeris while also mentioning their latest movie project. The 1951 advertisement below, found in Life Magazine, combined Ronald Regan’s praise for Jeris with a mention of his latest movie “Bedtime for Bonzo”

Other stars participating in this campaign included Kirk Douglas (Ace in the Hole), Fred McMurray (Come Share My Love), John Garfield (Force of Evil) and Ray Milland (Circle of Danger).

Today Jeris can still be purchased from Pinaud Clubman. It’s still has its green color and the marketing message remains the same.

It refreshes and stimulates the scalp

The bottle I found is machine made. The sides are not embossed but embossing on the base states “Loaned By AR Winarick.” The spout on the bottle was still attached. Printed on the spout is AR Winarick, N.Y. It most likely dates to the earlier period of the business, probably the mid to late 1920’s, before they incorporated.

On a final note, Arthur and Jules Winarick were also intimately connected with the Concord Hotel in New York’s Catskill Mountains. According to Arthur Winnarick’s New York Times obituary he founded the Concord Hotel.

In the early nineteen thirties Mr Winarick visited the Catskills. He decided to become a host there and he acquired the Kiamesha Ideal Hotel, changed its name to the Concord and guided its growth and development.

The hotel, of which his son-in-law, Raymond Parker, is managing director, has a coliseum size nightclub, and a swimming pool, rink and other facilities on a mammoth scale. Mr. Winarick enjoyed mingling with his guests. His remarkable memory permitted him to greet a surprising number by name.

According to Jules Winarick’s obituary, he was also involved with the Concord.

He also dedicated part of his life to the development and growth of the Concord Resort Hotel in the Catskills. Under his guidance, the hotel went from being a summer getaway destination to a year round resort, which featured one of the largest nightclubs at the time and drew the most famous entertainers of the day.