The original proprietor of Raeder’s Pharmacy was Edward M Raeder. Originally from Roxbury New York in Delaware County, he graduated from the New York College of Pharmacy in 1898. In addition to being in the pharmacy business he served as Cedarhurst Village Treasurer and President of the Lawrence-Cedarhurst Board of Trade.

According to the September 1909 issue of the Practical Druggist, Raeder started his pharmacy business around this time.

Located at the intersection of Cedarhurst Avenue and Central Avenue, the business is listed in the 1910 ERA Druggist Directory and continues to be listed through 1922, the last year I have access to.

Apparently, Raeder sold a series of photographic postcards of Cedarhurst and the surrounding environment. I’ve seen several different examples of them on the Internet. One of them, published by the American News Company for Raeder’s Pharmacy depicts a rural lane in Cedarhurst. The actual post card was used/postmarked in 1909. 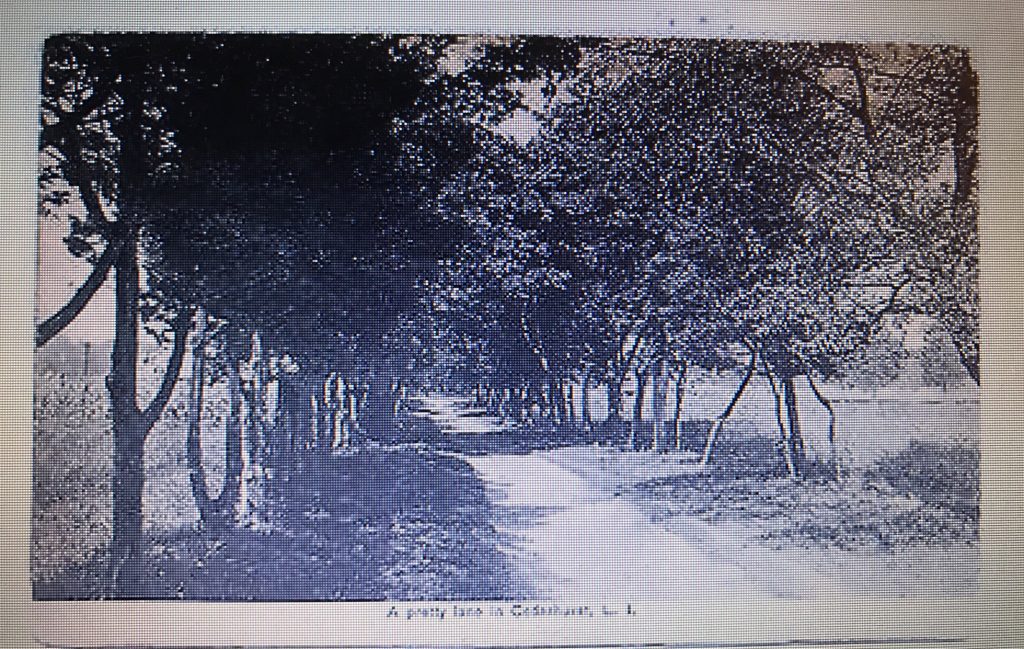 Raeder is also listed as a liquor tax certificate holder for the years ending September 30, 1913, 1914 and 1915 so I assume the business must have stocked a much wider variety of items other than just pharmacy related merchandise.

It looks like Raeder removed himself from the business sometime in the early 1920’s. In November of 1921, the Drug and Chemical Market publication carried an item indicating that Raeder’s Pharmacy in Cedarhurst L.I. had incorporated with a capital of $50,000. and J. Andooschec, A.H.Plack and J. Kanarek were listed as the principals. Then, on January 27, 1922, the Brooklyn Daily Eagle ran a story stating:

It is said that Edward M Raeder, village treasurer, will refuse a renomination on account of illness. Mr. Raeder is now in Roxbury N.Y., where he is expected to remain several months.

To the best of my knowledge, he never returned to Cedarhurst.

One of the new principals in the incorporated business, Dr. Alvin H. Plack ran Raeder’s as well as  Colonial Pharmacy in Woodmere until his death in December, 1929. After that, it looks like the business continued into the late 1930’s but I’m not sure how long it lasts after that.

Today, three of the four corners on Cedarhurst and Central contain buildings that appear to date back as far as the business.

The bottle I found is mouth blown, approximately four ounces, and probably dates back to the first decade of the business.