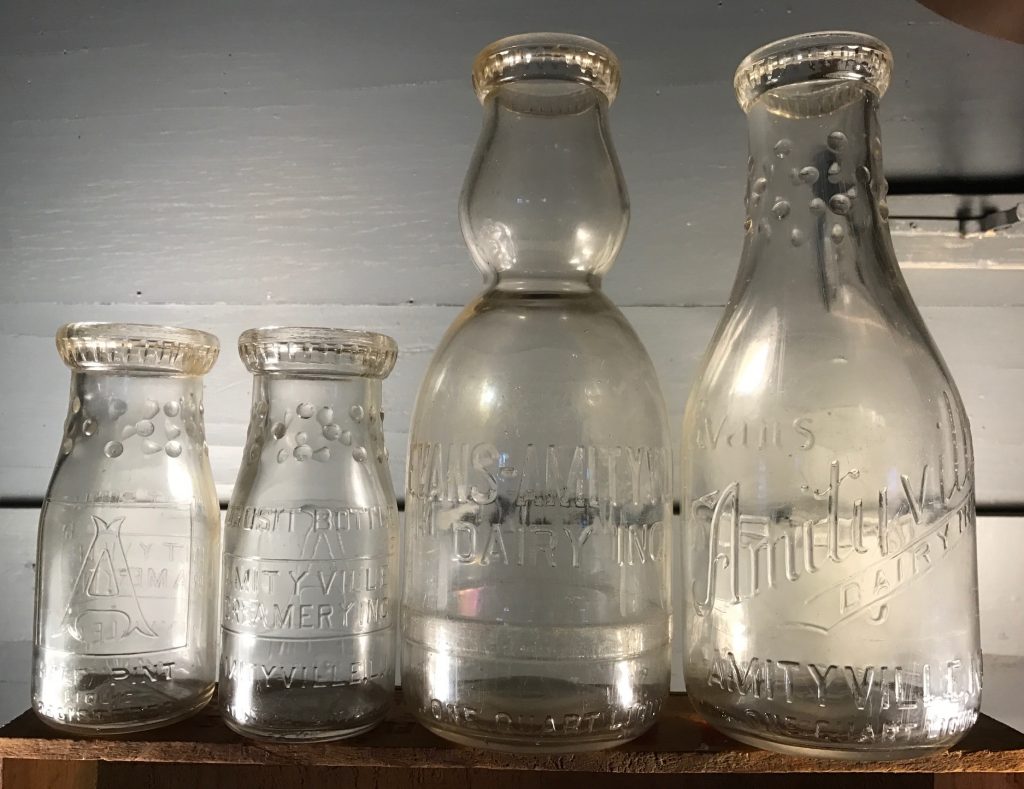 It’s not clear when the Amityville Creamery came into business but there are references to them in the Brooklyn Daily Eagle that date back to 1924 and they are listed on an aerial map/poster promoting Amityville published in 1925 by the Metropolitan Aerial View Co. Their pitch on the poster was: “Best milk and cream on Long Island”

According to the “Post Card History Series – Amityville’ by Karen Mormando Klein, The Amityville Creamery was located on Wellington Place and Railroad Avenue near Hartman’s Lake in Amityville. (A later newspaper article lists the address as 47 Wellington Place.) Their motto was: “If you don’t buy from us we both lose money.” 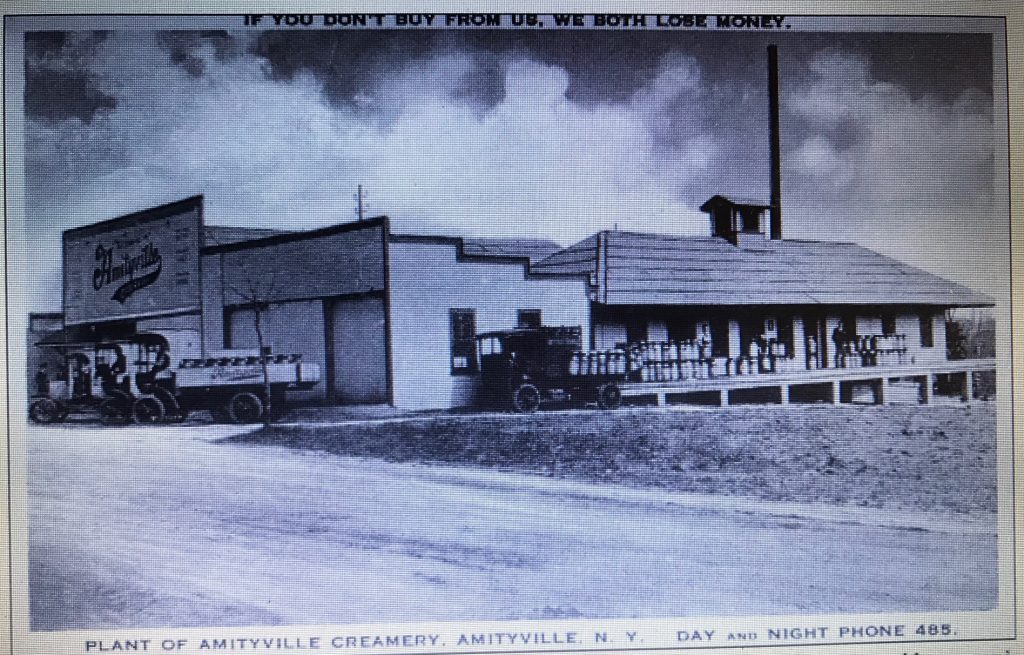 According to various newspaper references the business also operated a distribution plant in Rockville Centre in the 1940’s and early 1950’s. The plant caught fire and burned to the ground on February 12, 1954.

The Evans-Amityville Dairy was one of a group of corporations whose stock was closely held by the Evans family. These corporations dealt with all phases of milk production and sales with Evans-Amityville focused on processing and distributing. They apparently grew significantly between the 1940’s and 1960’s as evidenced by an article in the March 3, 1960 issue of the Patchogue Advance. The article stated:

Willet H Evans, President of Evans Dairy Inc. of Amityville announced this week the acquisition of the former Stills Dairy of Medford. The ever-expanding dairy – termed the largest on Long Island – serves homes, hospitals, schools and stores from the Queens border to Montauk Point. The trade name was recently changed (from Evans-Amityville Dairy to Evans Dairy).

They continued to use the Wellington Place address for most (at least through 1957) if not all of their history.

The end of the business apparently came quickly. A 1971 federal indictment charged that in the mid-1960’s Joseph P Fingst, at the time a Supreme Court Justice in NY, conspired with others to take control of the W M Evans Dairy Co. and the Evans-Amityville Dairy, Inc. The indictment went on to allege that the defendants sold off the dairy’s assets and pocketed the cash before causing the dairy to file for bankruptcy.

The Wellington Avenue site is now occupied by a series of condominiums and Hartman Lake has been renamed Petchkin Park.

I found two small half-pint bottles embossed Amityville Creamery Inc with the 1939 Owens-Illinois Glass code. They are also embossed with the patent no 1,650,440 and date of Nov 22, 1927. This patent applied for by Edward F Glacken related to the specific type of finish (that included embossed indentations) on the bottle. I also found two quart size Evans-Amityville bottles with Owens-Illinois Glass codes of 1946 and 1954. The 1954 bottle has a cream top.