The Imperial Chemical Manufacturing Company was in business from the mid-1880’s until the early 1930’s. Located in New York City, they manufactured hair products that were advertised and sold across the country. An advertisement from 1915 provided a menu of several products sold  under the “Imperial” brand name.

Imperial Vigorosis – Is a marvelous hair grower and tonic. Arrests the falling of and stimulates the hair follicles. 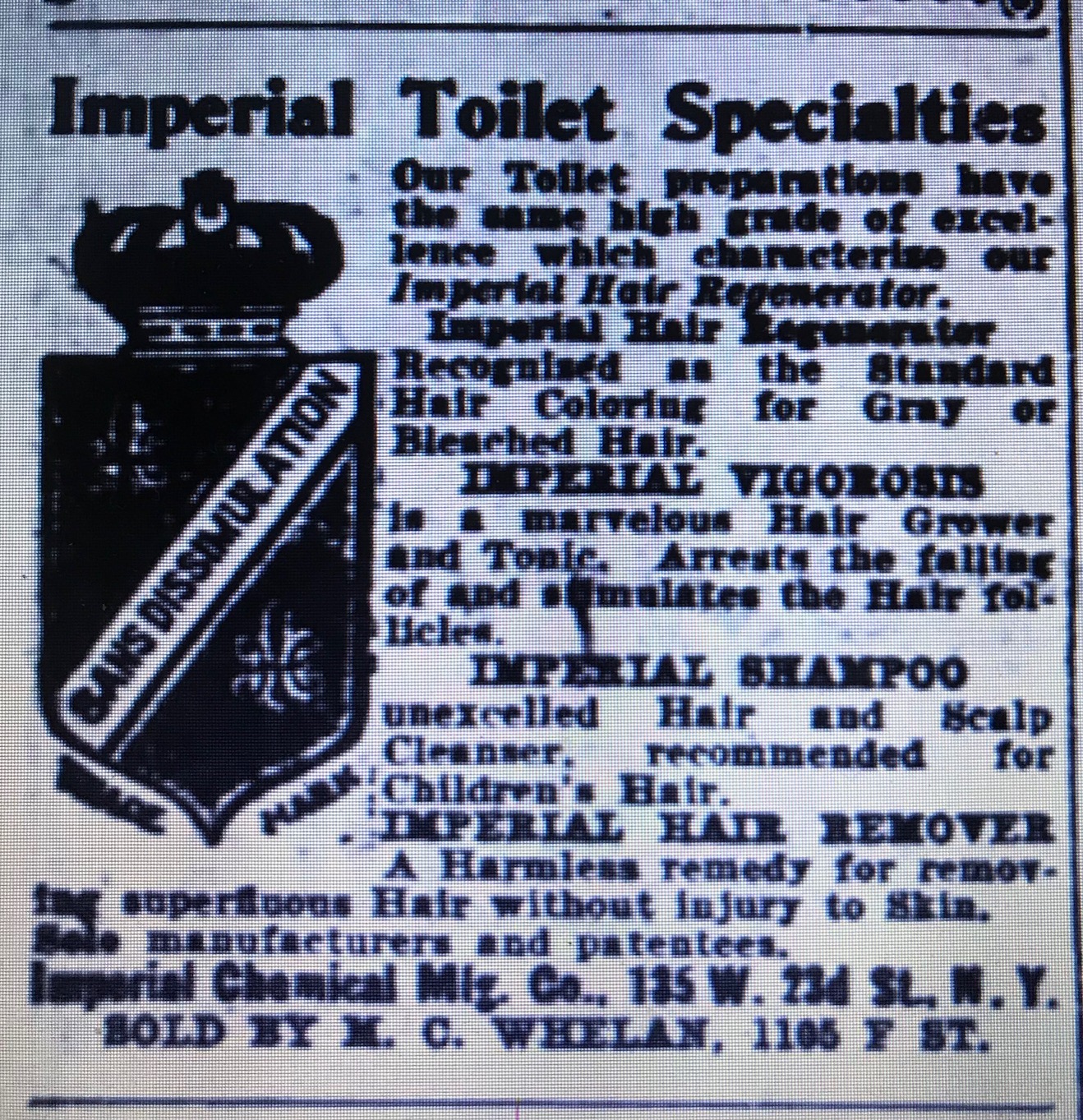 The company was first listed in the 1889 NYC Directory but was advertising as early as September of 1887.  They continued to be listed through the early 1930’s. Their first address was 54 W 23rd Street where they were listed between 1887 and 1893. Subsequently, based on directory information and newspaper advertisements over the years, their primary addresses were:

In New York City, along with their manufacturing facility, the company sometimes listed additional addresses. I assume these addresses were associated with what the company called their “application parlors” and “sales rooms.”

They were incorporated in NewYork in 1901 and possibly earlier. W Gordon Kellogg was consistently associated with the company through the early 1930’s, usually as president. By 1933, the Imperial Chemical Mfg Co was no longer listed.

Their signature product was the “Imperial Hair Regenerator,”which they were apparently making right from the start of the business. The earliest newspaper advertisement for it that I can find was in the September 22, 1887 edition of the “Buffalo (NY) Commercial.” It addressed both a male and female audience.

Instantly restores Gray Hair, Bleached Hair, or Gray Beard to natural color: leaves it clean, soft and glossy, and no one dreams that you color it. Absolutely harmless, odorless and lasting. 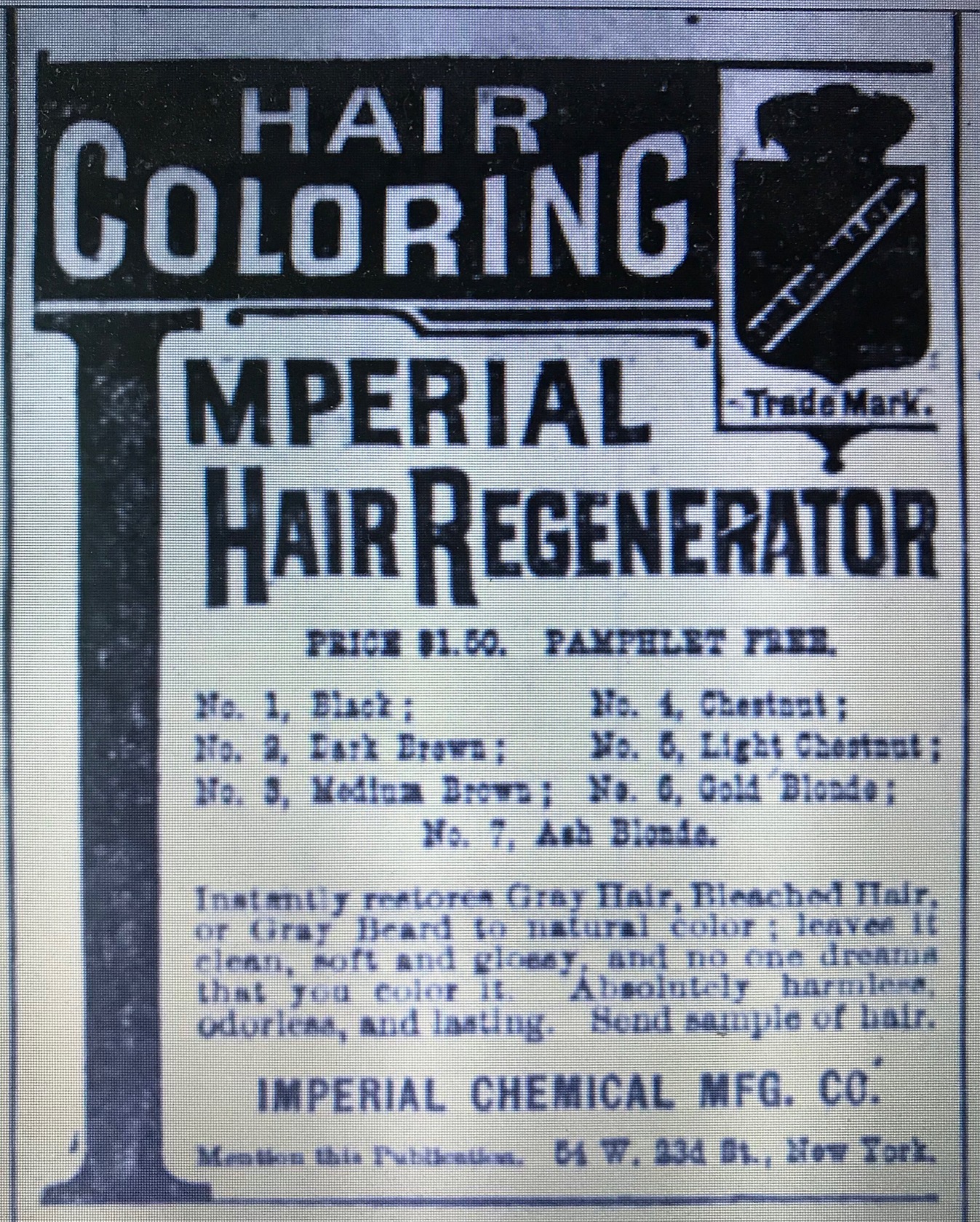 An 1895 advertisement from Metropolitan Magazine included the additional claim that: 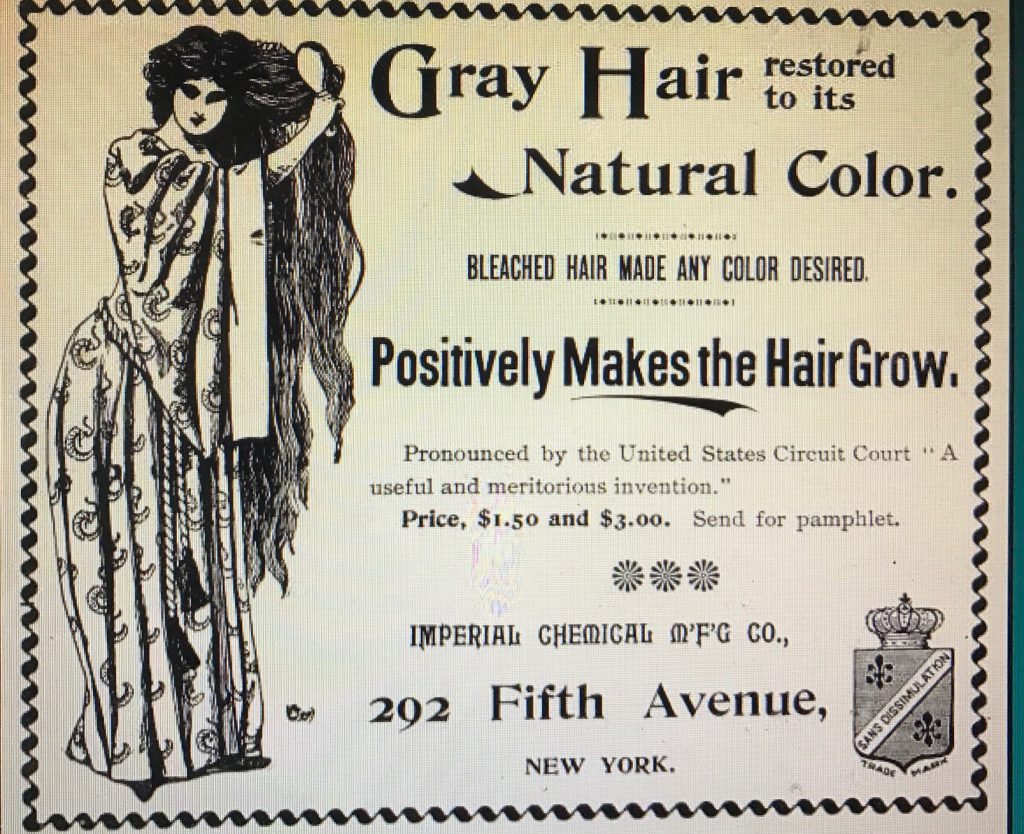 One of their advertisements appeared in an 1899 Issue of the “Pariasian Illustrated Review” a publication that touted itself as “keeping it’s readers current with the works of the great French writers.” This leads me to believe that Imperial’s following included the entire spectrum of the population from those interested in French literature to clammers and fisherman making a living on the bay.

The “Imperial” trademark dated back to the company’s earliest advertisements and consisted of a what looks like a shield topped with a crown. The shield contained the phrase “Sans Dissimulation.” 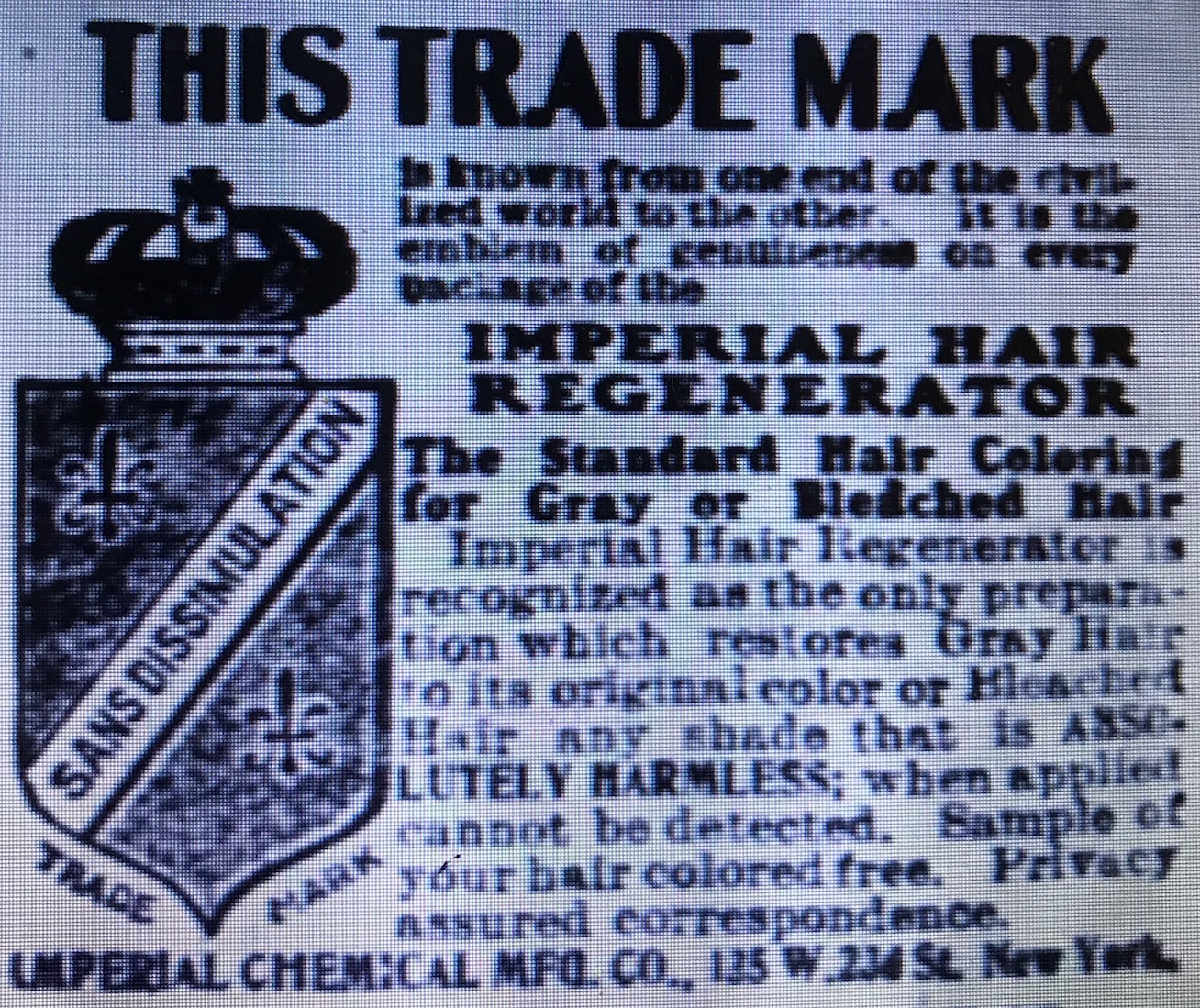 As best I can tell, “Sans Dissimulation” is French and can be translated as “without concealment.”

The bottle I found is a large mouth blown medicine that dates to the late 1800’s to early 1900’s.