Renault is a winery located in Egg Harbor City, Atlantic County, New Jersey operated for years under the company name of L. N. Renault & Sons. As of 2015 it was the oldest active winery in New Jersey and some web sites say in the United States.

Louis Nicholas Renault, a former vintner for the Duke of Montebello at Rhiems, center of the French champagne district, established his winery in 1864. The winery opened to the public in 1870 and for many years was the largest producer of champagne in the United States. The winery once cultivated 600 acres and sold 500,000 cases of wine per year.

In 1919, John D’Augustino and family bought the winery and continued to operate it during National Prohibition under a special government permit. The permit allowed the production of wines for religious and medicinal purposes. Renault Wine Tonic, which had an alcoholic content of 22 percent, became the chief product and was sold in drug stores across the nation as a health tonic. A label warned not to chill the tonic because it would turn into wine. (It was 44 proof alchohol with an added ingredient called peptine. When chilled, the peptine separated and froze on the bottom leaving the wine floating on top.). An advertisement for Renault Tonic featured a young woman in a pink gown and called the tonic the “fountain of youth,” touting that it relieved fatigue. 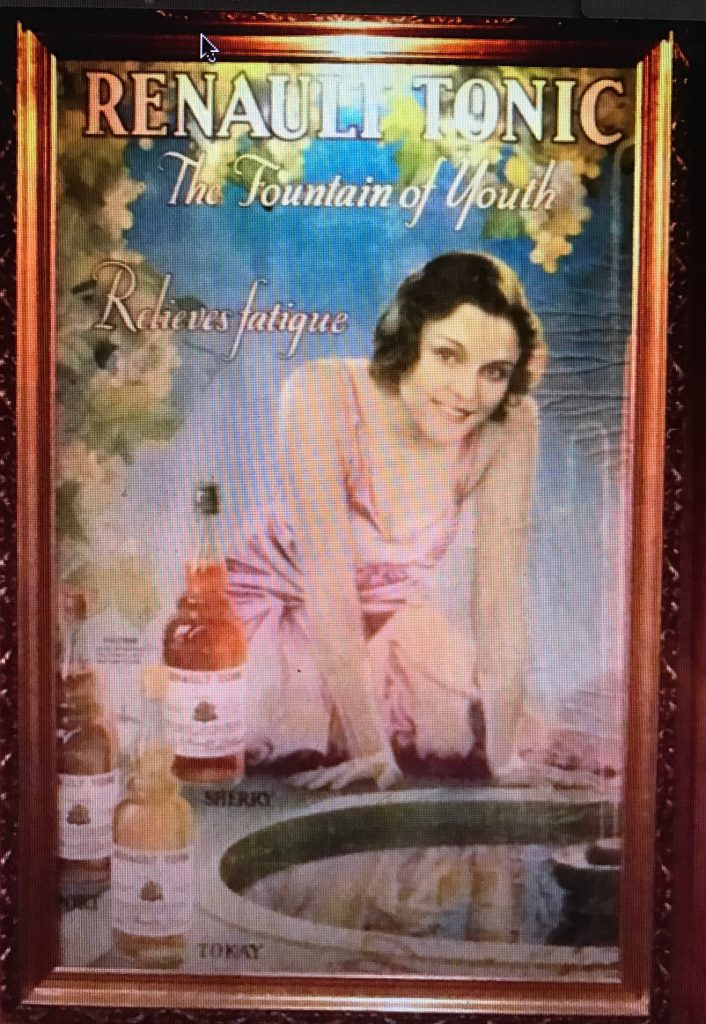 Others, like this April 14, 1927 advertisement in the Baltimore (Maryland) Sun, billed it as a “Reconstructive Tonic and System Builder.” 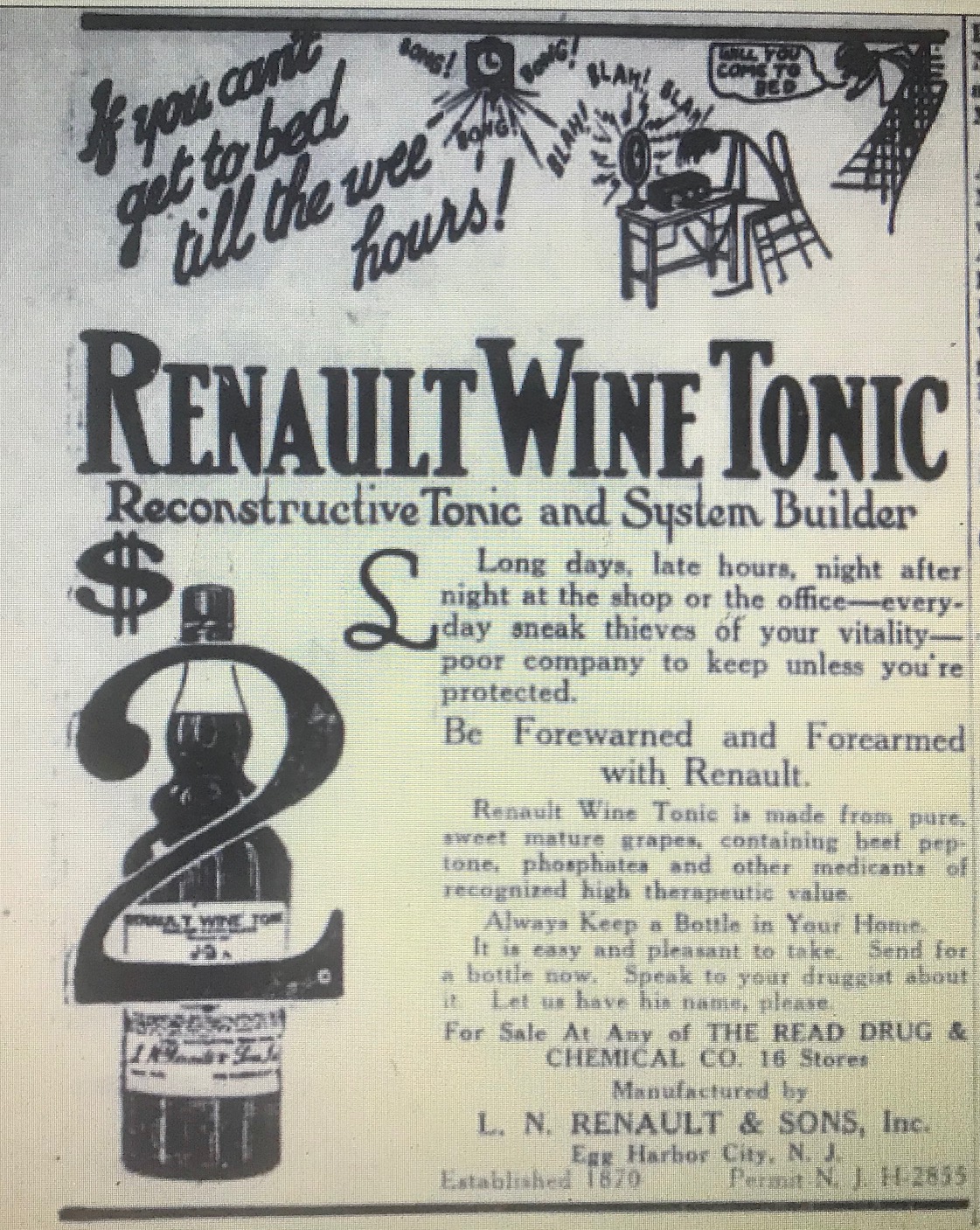 At the end of National Prohibition, a February 8, 1934 story picked up by a large number of U.S. newspapers described the Renault operation like this:

L. N. Renault & Sons, Inc. maintains at Egg Harbor City, New Jersey, two large wineries, one of which remains on its original site, having been built in the year 1870. Since the inception of this company quality wines have always been made and produced, which is one of the reasons why this company has been able to maintain throughout the years a national reputation that has enabled a constant growth and demand for its products. It boasts has having one of the largest stocks of domestic champagnes, which have always been and still are manufactured by a French process which is natural fermentation in the bottle.

The story went on to list a wide range of Renault products available at the close of Prohibition.

Some of the many Renault old vintage wines available at state liquor stores are Renault extra dry champagne, sparkling Burgundy, Sherry, Port, Claret St. Julien, Chablis, Reisling, Sauterne, Madeira, Angelica and Tokay. In addition to these wines, the state stores are also selling Renault’s orange bitters, which is one of the leading brands of bitters sold throughout the country today.

In recent years, the business has expanded into a resort featuring a hotel, restaurants and a golf course and wine production has decreased. The property is currently owned by a company called Vivamee Hospitality.

The bottle I found is machine made and identical to the bottles pictured in the Renault Tonic advertisements shownabove. This December 15, 1929 advertisement in the Atlanta (Georgia) Constitution indicated that the tonic was sold in two sizes, 12 and 23 ounces. It’s certainly the larger of the two.

In addition to the Port, Sherry and Muscatel mentioned in the advertisement, I’ve also seen a Tokay advertised.