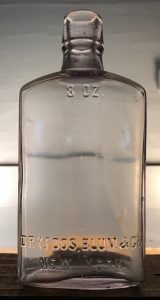 The proprietors were Alphonse Dreyfoos and Eugene Blum.

Alphonse Dreyfoos, with the occupation of liquor, first appeared in the NYC Directories around 1876/1877. He ran a retail liquor business and/or saloon on Second Avenue from 1876 to the early 1900’s. Originally located at 737 Seventh Avenue he moved to 654 Second Avenue in the early 1880’s. He also listed a second location at 61 Warren Street from 1886 to 1896. In an 1889 passport application he also listed 150 Chambers Street as an address.

Dryfoos Blum & Co was first listed in the 1896 NYC Directory as “wines,” located at 150 Chambers Street.  The 1897 NYC Trow Business Directory listed them as a “wholesale liquor dealer.” They moved to 42 West Broadway/65 Park Place (northwest corner of West Broadway and Park Place) around 1900 and remained there until the early 1920’s. They are listed in the 1920 Directory but not in 1922, apparently a victim of nationl prohibition.

Dryfoos was also active is applying for patents. They include:

1894 – Applied for a patent (serial no 502538) to provide a new and improved composite bottle that was designed to hold a variety of liquids and arranged to permit pouring them individually or two or more at one time to form a mixed drink. 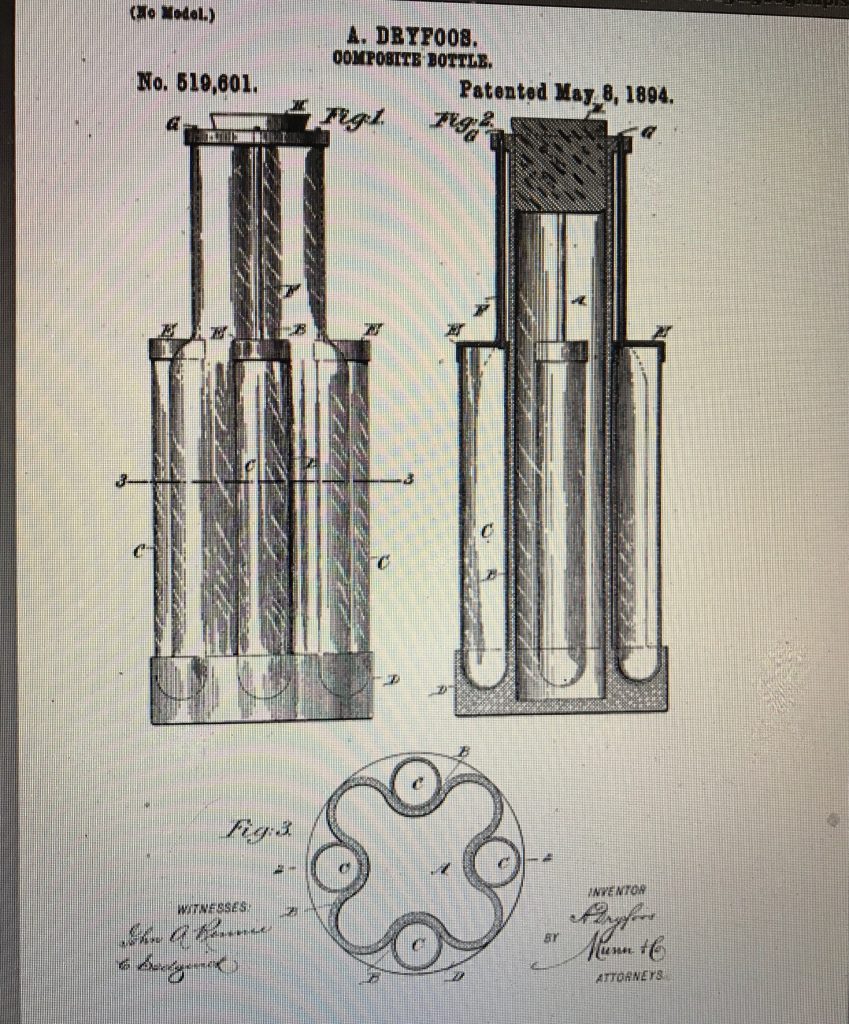 1895 – Applied for a patent (serial no 553608) to provide a decorative bottle design that featured niches and figurines (statues) set within the niches. 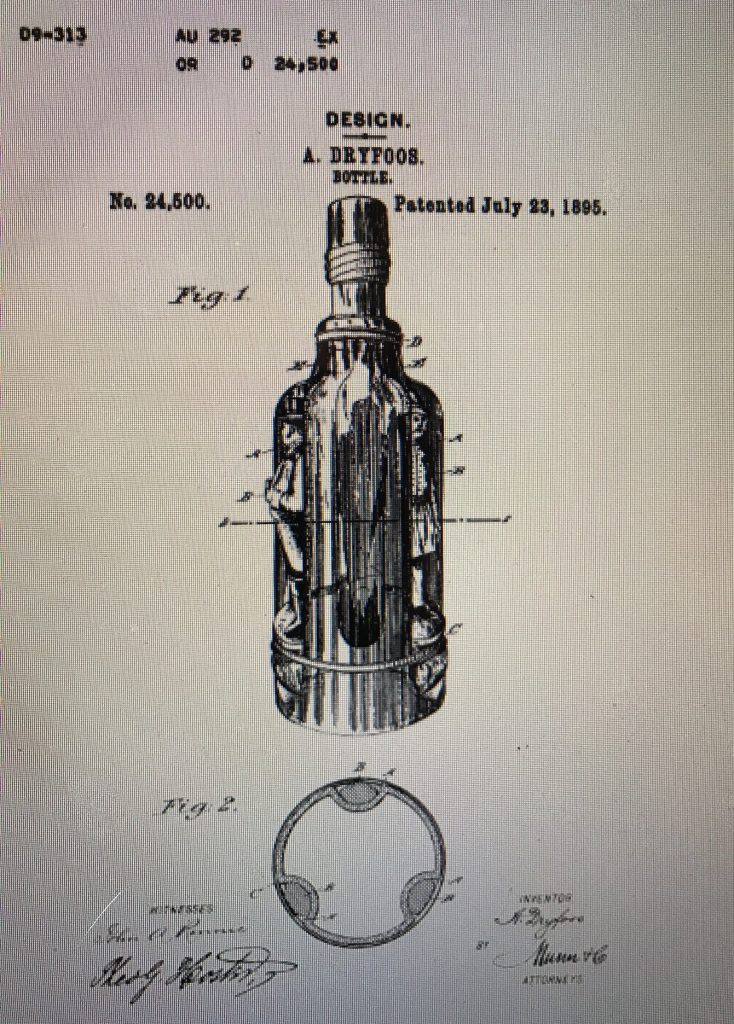 The West Broadway/Park Place location is now within the footprint of 75 Park Place, a large office building that takes up the whole block. 150 Chambers is a 19th Century building with an ornate cast iron treatment at street level that certainly dates back to the business.

The bottle I found is an 8 oz flask with a tooled brandy finish that fits the earlier half of the 1897 to 1922 time period.