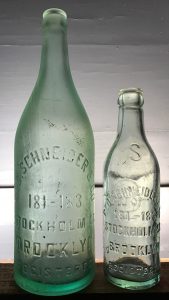 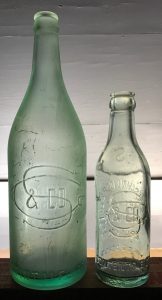 According to the 1900 census records, George Schneider, founder of Geo Schneider & Co., was born in Germany and immigrated to the United States in 1889 at the age of 12.

His May 6, 1939 obituary, printed in the Brooklyn Daily Eagle, stated that, at the time of his death, his company was the largest independent maker of carbonated beverages in New York City. The obituary goes on to say:

A native of Germany, Mr. Schneider came to this country as a young man and started his beverage concern 40 years ago. From a small beginning the firm expanded several times and now occupies a large plant at the Stockholm Street address.

The Mineral Water Establishment of Geo Schneider & Co, 183 Stockholm St, Brooklyn, burned on Friday July 30. Seven horses perished and an automobile fell prey to the flames. Damage about $ 5,000. Not insured.

The business survived the fire and remained listed at the Stockholm Street address into the 1960’s.

Geo Schneider was one of many Brooklyn and Long Island Bottlers of Beverages that “patriotically contributed” advertising space in the June 27, 1918 edition of the “Brooklyn Daily Eagle” that contained a plea from Uncle Sam to Brooklynites to sign a pledge card to purchase war savings stamps to fund the war effort. 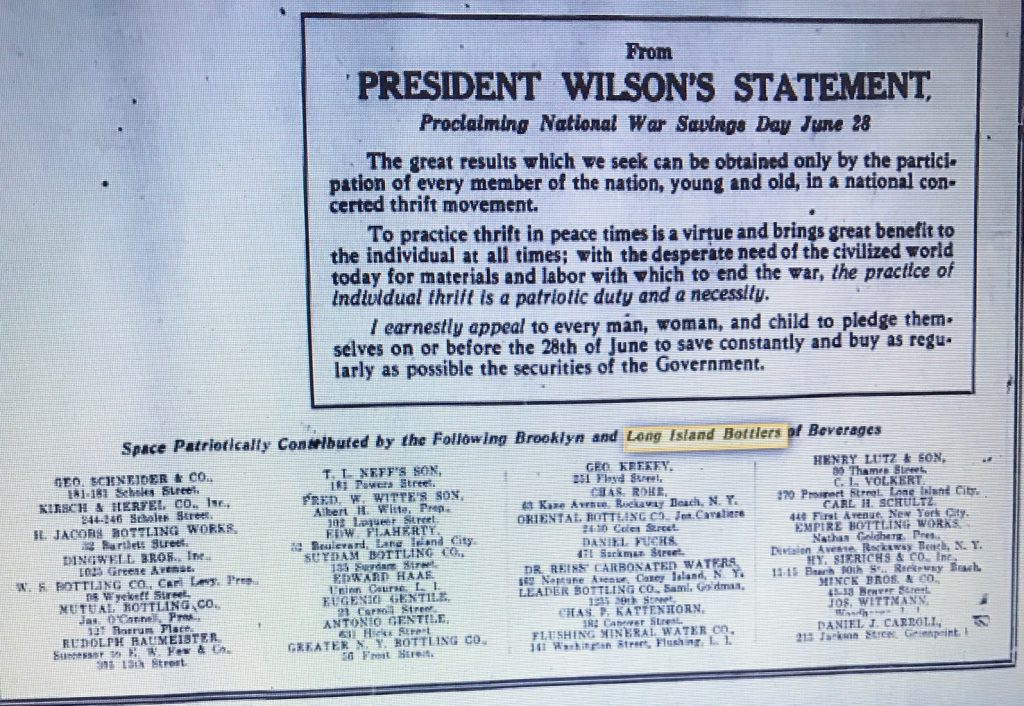 A 1922 advertisement In the Brooklyn Eagle stated that they were “manufacturers of Hygienic Ginger Ale” and in a December 31, 1938 advertisement wishing “seasons greetings” to friends and patrons they called themselves “The Ginger Ale House of Brooklyn.” By this time they had apparently bought the adjacent building and were listing their address as 171-183 Stockholm Street.

The management of the company after Schneider’s death in 1939 is not clear but through the 1950’s the business was quite innovative. One of their advertisements from the early 1950’s touted diet soda decades before it became fashionable. Another advertised a coffee flavored soda. 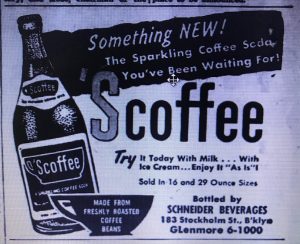 Today, 177 Stockholm Street includes several attached (common wall) buildings that could have been used by the business.

Although the business spanned the transition from mouth blown to machine made bottles, I’ve only found machine made ones (a 27 oz and an 8 oz). I’ve seen mouth blown examples on the Internet.

I’ve also found an example made later embossed simply Schneider Beverages. The Illinois Glass maker’s mark on the base indicates it was manufactured in 1931. 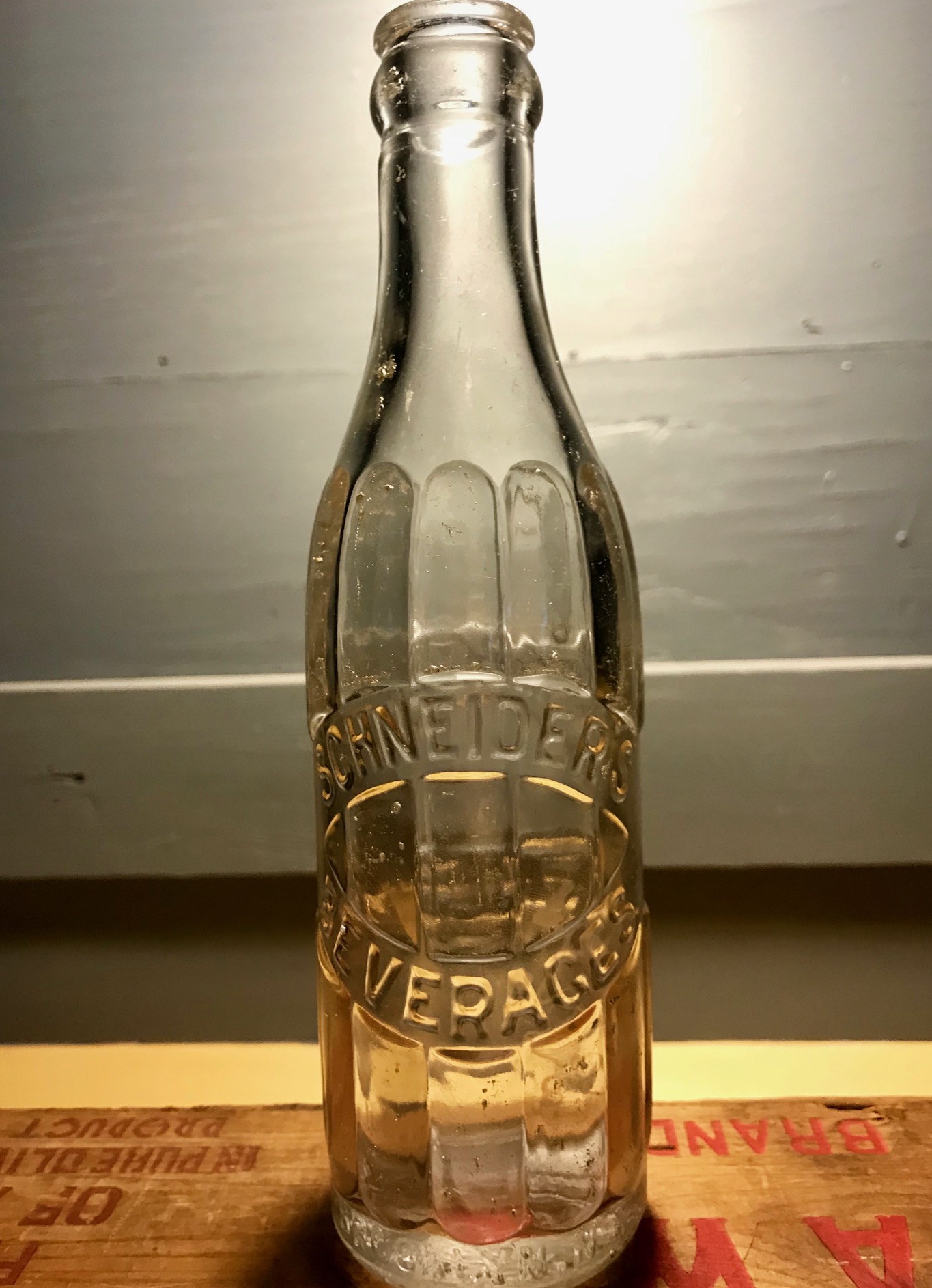