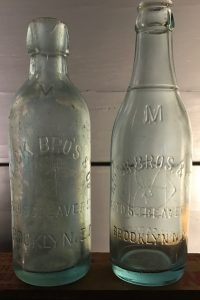 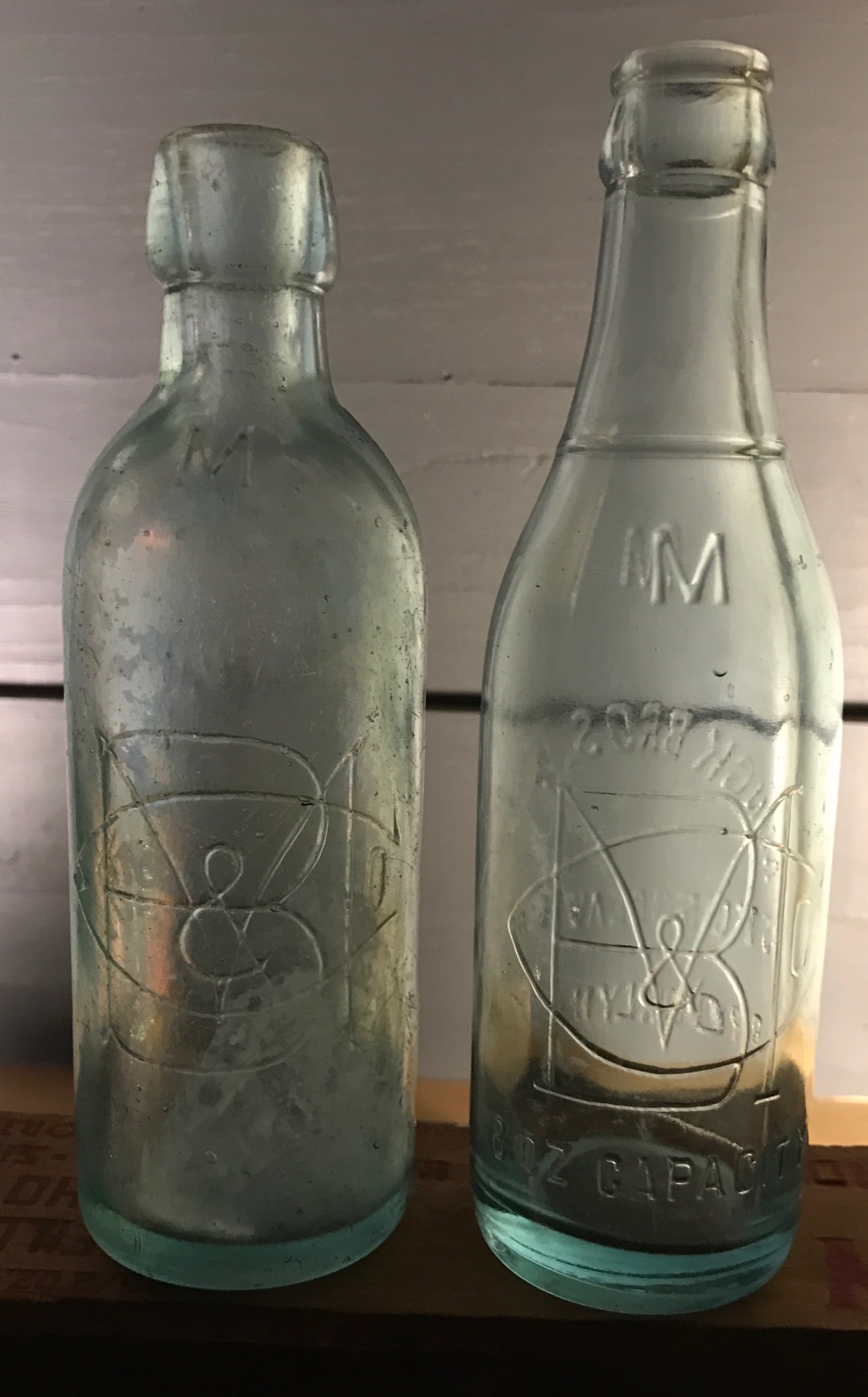 According to “The History of Long Island From its Earliest Settlement to Present Time, Vol. III” published in 1902, Henry Minck established the bottling business and was later joined by his brothers Julius, Adolph and Theodore, and a man named George Doscher. Much of this is confirmed in the Brooklyn City Directories.

According to his obituary in the April 24,1925 issue of the Brooklyn Daily Eagle, Henry retired from active business in 1887.  Theodore passed away in 1894, so by the late 1890’s this left Julius and Adolph Minck and  George Doscher running the business.

The History of Long Island goes on to describe the business in 1902.

In his business ventures Julius Minck has been very successful. He now employs forty-five men in his bottling establishment and uses twenty-five wagons and forty-one horses in the delivery department. The present large building in which the enterprise is conducted was erected in 1898 for the business had outgrown the capacity of the former structure.

In a 1907 advertisement in the Brooklyn Eagle, they called themselves manufacturers of all kinds of mineral waters, and bottlers of lager beer, ales and porter. Celery and Nerve  tonics were mentioned in the advertisement as a specialty. 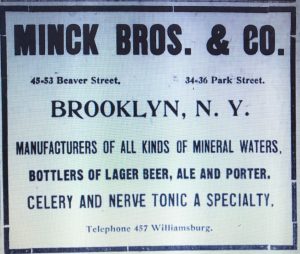 Another 1907 advertisement, this one for the opening of the Brooklyn Theatre Café mentioned that it featured Minck Brothers mineral waters. 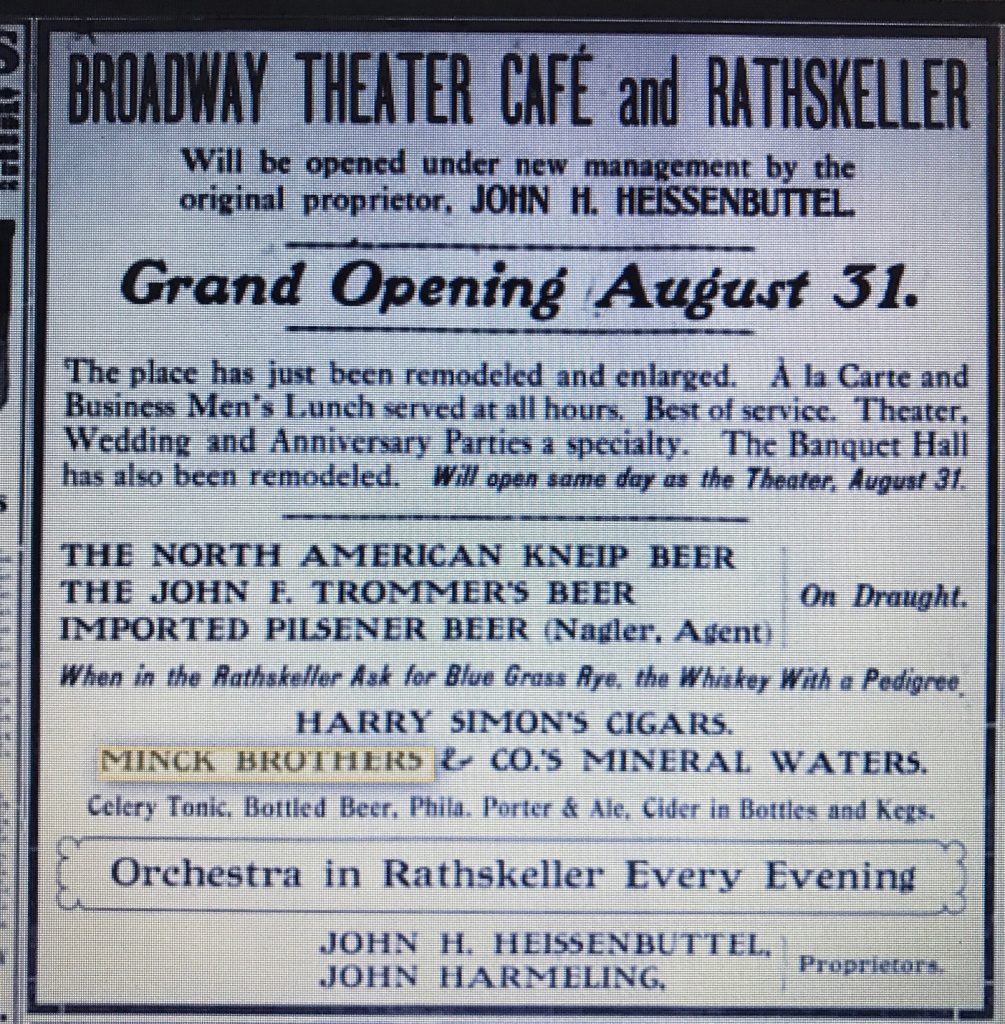 The business incorporated in New York State on June 8, 1911. The Copartnership and Corporation Directory of the Boroughs of Brooklyn and Queens 1913 – 1914 listed Julius Minck as President, Adolph Minck as Vice President, Henry Minck as Treasurer and Charles Doscher as Secretary. By this time the Henry listed is one of Julius’s sons.

The company was located at 45 to 53 Beaver Street and they also owned the building around the corner at 38 to 40 Park Street. A 1918 map of this corner shows a courtyard separating the Beaver Street and Park Street buildings. The courtyard gave the business an area for shipping and loading wagons and later trucks. 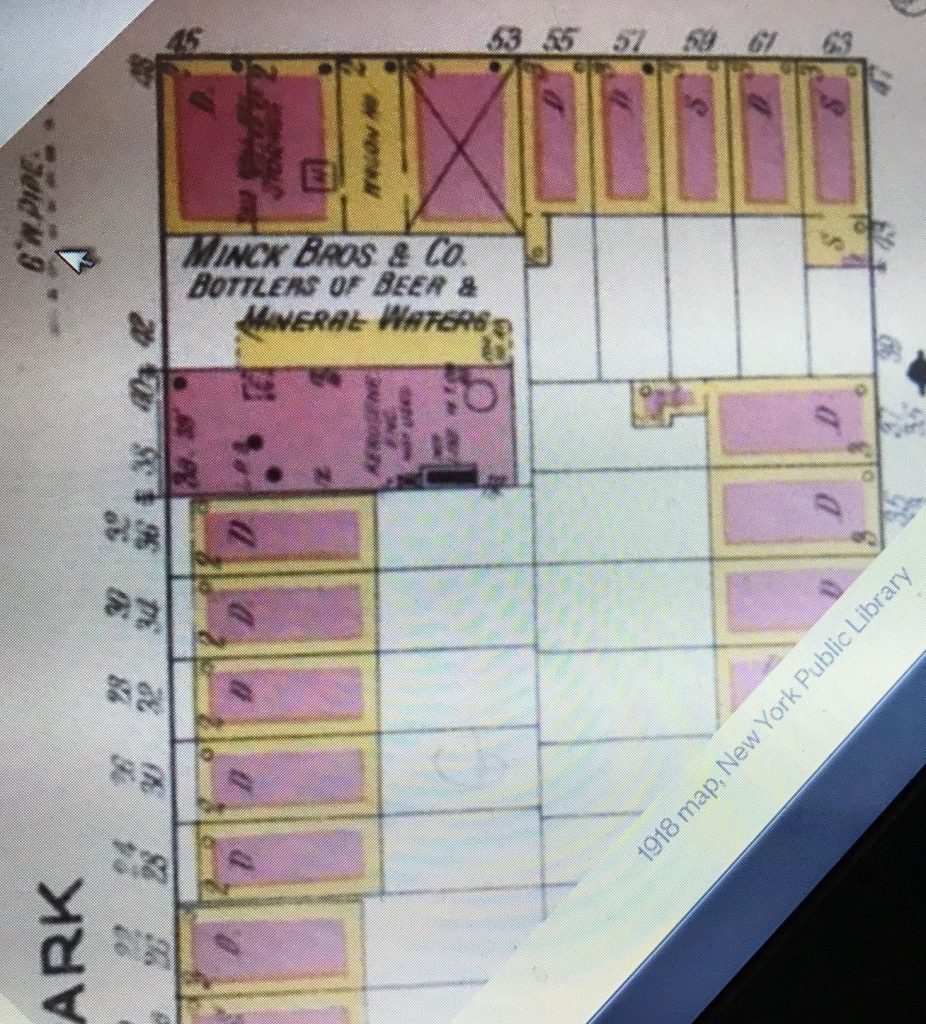 According to “The Brown-stoner” who did a write-up on the Park Street building, it was built in 1883 and still exists today. The Beaver Street buildings are most likely the ones referred to in the History of Long Island as being built in 1898. It appears that they still exist today as well.

The company remained listed at Beaver Street up to 1940 but by 1942 they’ve moved to Bainbridge Street. During this time they were listed as”Minck Better Beverages.” By the mid-1960’s I can’t find any listings for them. The corporation was dissolved on July 20, 1983.

I found a tooled blob top (8oz) that looks like a Hutchinson but with a slightly longer neck. It’s embossed “Minck Brothers and Co” so it’s probably no earlier than 1886.  I also found a machine made crown, probably from the 1910’s or 1920’s.

Another bottle I found is embossed Minck’s Better Beverages.” It was most likely manufactured in the 1940’s and from the Bainbridge Street location. It was also embossed “Brown Boy,” probably the name of a soda line.