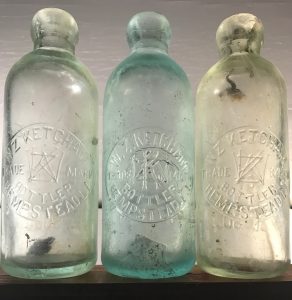 In the Hempstead Sentinel 1938-1940 files there is a story on Ketcham who at the time was 87 years old. It stated that he ran his business from the back of his house on Henry Street and bottled birch and root beer, ginger ale, cream, lemon, raspberry and plain soda. He also ran a catering business.

Directories and advertisements support this story. In the 1890 Lain’s Business Directory under Hempstead, William Z Ketcham was listed as a bottler with an address of 10 Henry. By 1906, advertisements for his business listed him as a caterer at 62 Henry Street. An advertisement in the May 20, 1914 issue of the Nassau Post in Freeport said he’ll provide catering for all social functions. 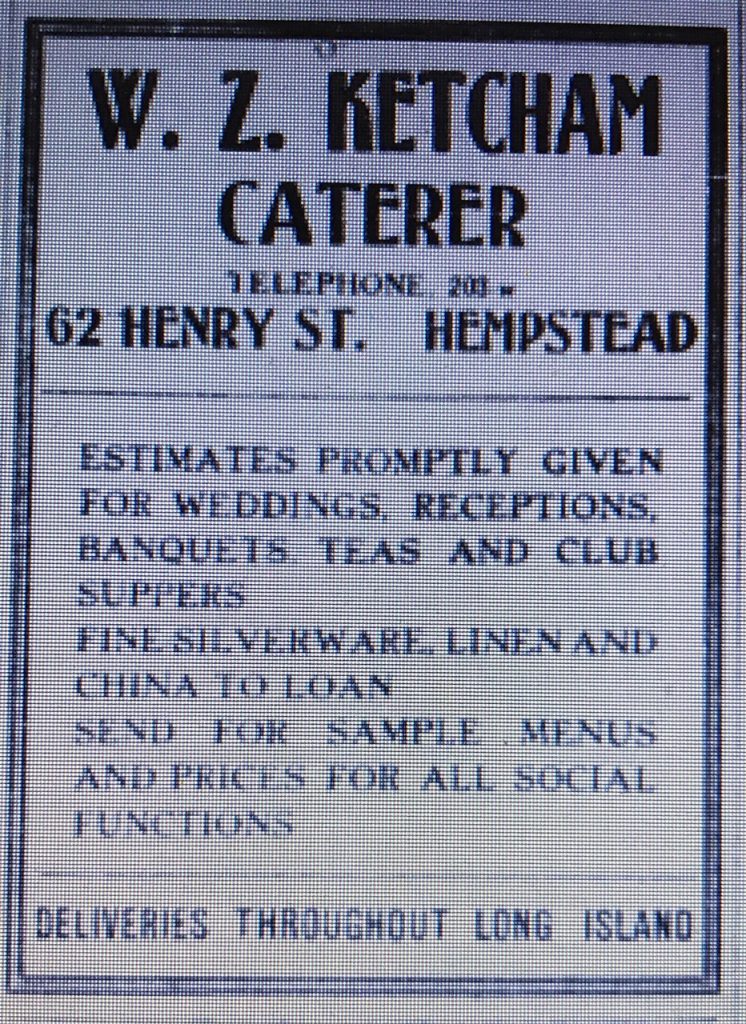 Today 62 Henry Street is an old residence with a large driveway in the back that could easily have been utilized for a catering business. The house could date to the late 1800’s or early 1900’s. Today 10 Henry doesn’t exist and the former location appears to be within the right-of-way of Peninsula Blvd. So Ketcham either moved down the block when Peninsula Blvd was constructed or the Henry Street homes were re-numbered around the turn of the century.

I’ve found a total of 4 bottles, 3 Hutchinson’s and a champagne style bottle (12 oz) with a blob finish. All most likely date to around the mid point of the business at around the turn of the century.