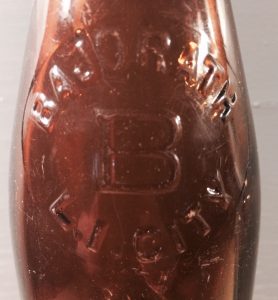 Charles Bajorath appears to have been a small-scale bottler of lager beer that worked out of his residence. According to the 1910 census records he immigrated to the U.S. in 1886 but the first mention of him in the NYC Directory was in 1892 as a bottler with just a home listing at 428 E 92nd Street. Subsequently, he was listed sporadically (1903 Trow Business Directory and 1909 City Directory are the only listings I could find) as a beer bottler at 1735 Second Avenue.

In 1910 he moved to 461 Washington Avenue in Long Island City. The 1910 Census Records indicated that he had a beer bottling business that he ran out of his house and the 1912 Queens Business Directory listed him as a bottler of lager beer at the Washington Avenue address. In addition, the Annual Report of the State Commission of Excise listed him as a liquor tax certificate holder for the years 1911 and 1913. He was listed in the 1920 Census Records (name spelled incorrectly) but at this point he’s in his 70’s and did not list a business or occupation.

Washington Avenue was later renamed 36th Avenue in Long Island City. I can’t relate the No. 461 to any specific block.

The bottle I found is a brown champagne style bottle. It has “L. I. City” embossed on it, dating it to after his move to Long Island City in 1910. Interestingly it is machine made but has a blob finish (almost all machine made beer bottles that I’ve found have a crown finish).