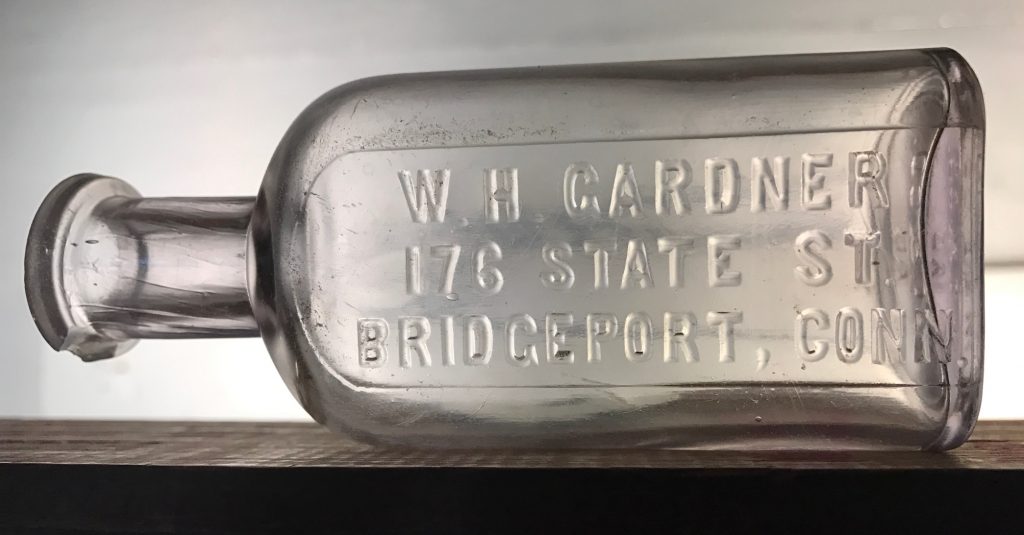 W H Gardner is profiled in “Connecticut of Today: It’s Chief Business Centers” published in 1890. He’s included as a businessman in the Bridgeport section:

W H Gardner, Druggist No 176 State Street – One of the most successful and flourishing pharmacies in the City of Bridgeport is that of Mr. W H Gardner at 176 State Street. This gentleman is a native of this state and for many years was the occupant of a responsible position in the wholesale drug house of Hazard, Hazard & Co of New York. Having by a long course of arduous study and a practical training in the laboratory, fitted himself for the responsible profession in which he is engaged. In 1886 he established his present business and from the start secured a large and first class patronage. The store he occupies is centrally located, elegantly arranged and handsomely fitted up with artistic counters, shelving, plate glass, show windows and cases, marble soda fountain and is provided with all that can promote the comfort and convenience of his customers. The stock embraces a large and carefully selected assortment of pure fresh drugs and chemicals; proprietary remedies of well known and established reputation; toilet and fancy articles, perfumery and druggists’ sundries, physicians and surgeons’ supplies; extracts, acids and essences; roots, herbs and barks; tinctures, etc. Mr. Gardner makes a specialty of toilet and fancy articles, and French, English and American perfumes and powders and in these lines his assortment is unrivaled in Bridgeport for variety, quality and quantity. Particular attention is given to the compounding of physicians’ prescriptions and family recipes, and every care is taken to secure accuracy while the prices charged are invariably moderate. Skilled and experienced assistants are employed and prescriptions are filled at all hours of the day or night. Mr. Gardner possesses fine business ability and is popular with all classes of the community. 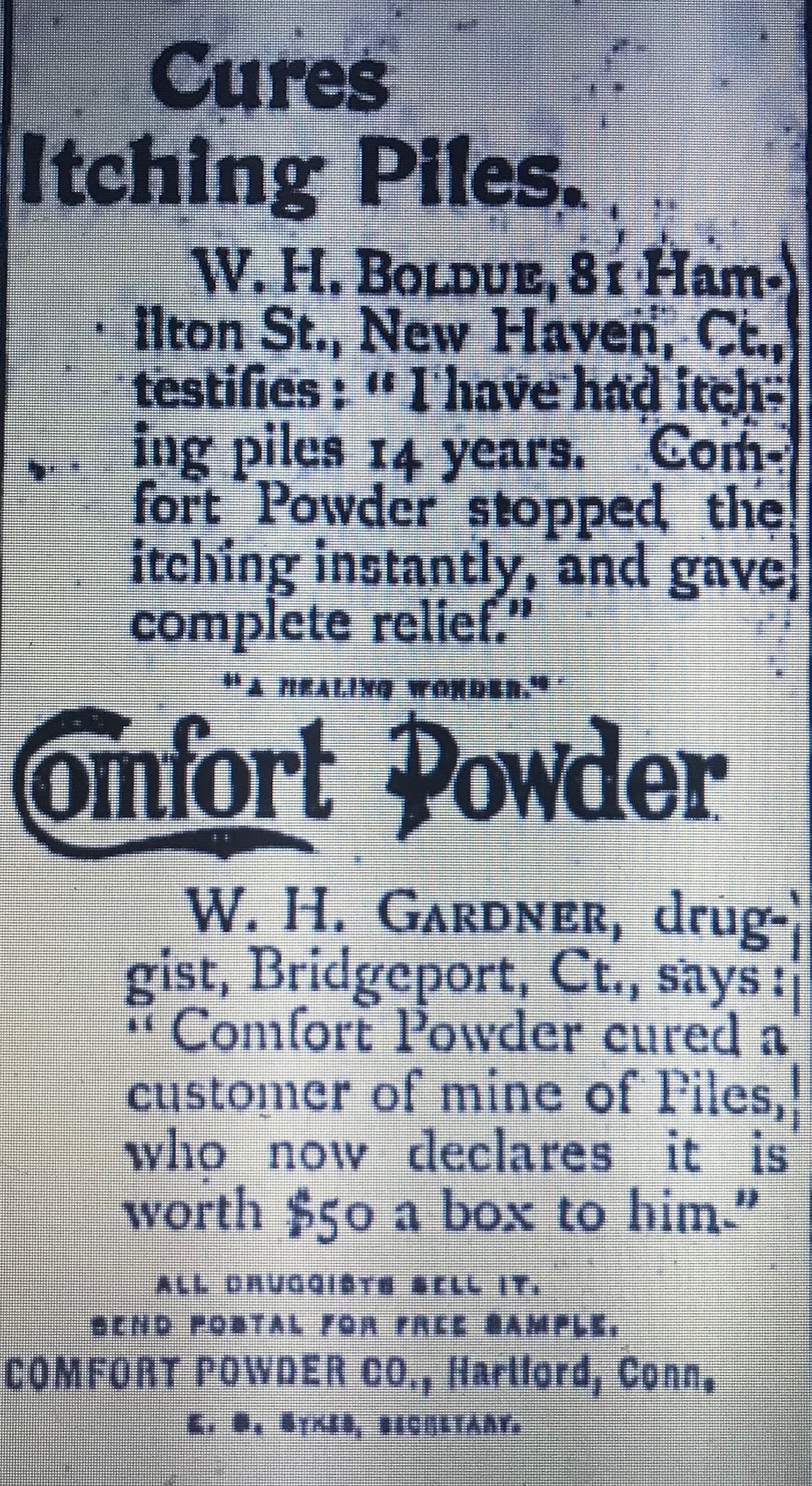 The bottle I found is small (maybe 3 oz) with a tooled finish. It has the 176 State Street address embossed on it. Embossing on the base indicates it was made by the Whitehall Tatum Company (W.T. Co). The fact that there’s an ampersand (between the T and Co) indicates it was made before that business incorporated in 1901. A web site article on Whitehall Tatum puts the specific embossing in the 1880 to 1895 time frame. Recognizing that the business started in 1886, the bottle probably dates between 1886 and 1895, but absolutely no later than 1898, when they moved to 119 State Street.